Why You Need an Offshore Tax Residency 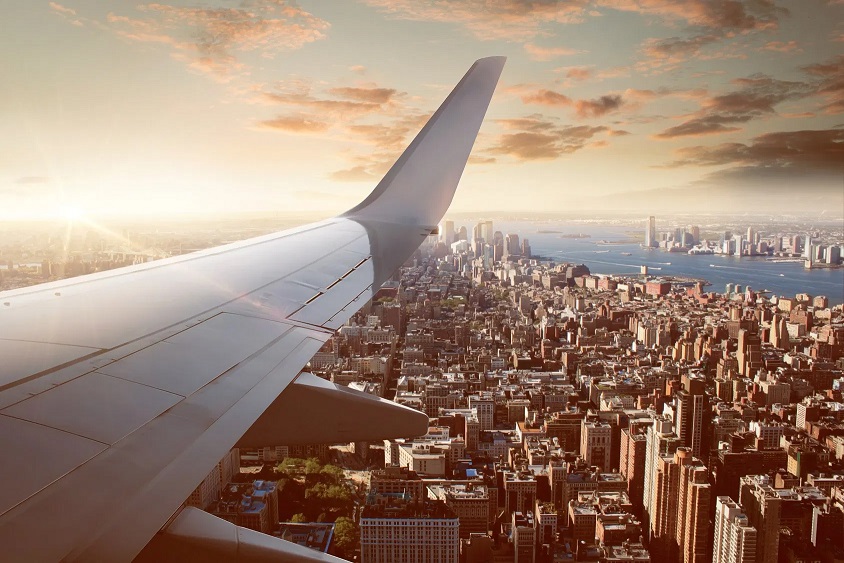 What exactly is tax residency?

Most people would probably be familiar with the term “permanent residency”, and its various implications, but many may not have come across the concept of a “tax residency”, nor understand its importance.  Simply put, being a “tax resident” of a certain nation means that it is the primary jurisdiction in which you have tax obligations… and, as we will soon find out, in which you will ideally have tax benefits.

It is important to clearly distinguish tax residency and just residency alone. Being a legal resident of a certain country (even a permanent resident), does not necessarily make you a tax resident of that country. However, it is usually the first step towards becoming a tax resident, so it is always a good place to start (see below for further details).

Why you need a second tax residency

You may believe that you can simply live as a “perpetual tourist” or “digital nomad”, and therefore not be obligated to pay taxes anywhere. Here is where you should be very careful. You may get away with it, but there’s also a very good chance that you won’t.

Most often, if you do not establish a clear tax residency elsewhere, your ‘home’ country will claim that you always intended to return and you may be liable to pay taxes on all the income you earned during the time you were away, along with a hefty penalty.

The fact is, someone will expect you to cough up at some point, and saying “I live nowhere in particular” is an excuse which just won’t fly. That’s why, rather than just burying your head in the sand and pretending that the dreaded ‘tax monster’ doesn’t exist, you should instead be proactive and clearly establish yourself as a tax resident in a jurisdiction which can help you to legally minimise your tax burden, and therefore optimise your returns.

Some of you may be familiar with ideas of “flag theory”. Fundamentally, flag theory is simply about “going where you’re treated best”, instead of just settling for whatever mediocre conditions you might have been born into.

This involves a number of steps so as to base different parts of your life (and wealth) in different countries, and in doing so, taking advantage of the diverse conditions so as to best meet your specific needs. Following the principles of flag theory can very quickly transform your life into one of greater freedom, security, and wealth.

Obtaining a clear tax residency in a favourable jurisdiction is indisputably one of the most important “flags” to plant. Outrageously high tax rates can be black holes for your hard-earned profits and income. In places like Canada, Europe and even some parts of Asia, high-earners can pay as much as 50–60% in taxes. That means that more than half of your profits are swallowed by the tax man.

Establishing yourself as a tax resident of a zero-tax (or even just a low-tax) jurisdiction can therefore just about double your income, without you really doing a thing. This is why it is so important to consider where you want to legally pay taxes and to then do something about it, rather than just settling for the absurd tax environment you may find yourself in.

Can it work for everyone?

Now, generally speaking, countries charge taxes on a residential basis. This means that you would only be expected to pay taxes to the country in which you formally reside (and have clearly established yourself as a tax resident).

This means that if you establish yourself as a tax resident in a favourable tax jurisdiction, you will be able to free yourself of any tax obligations towards your former home. There are a few exceptions to this, such as property tax (which would always need to be paid to the country in which the property is situated).

Then, there is the very important caveat for U.S. citizens, as the USA is just about the only nation in the world which even taxes its non-resident citizens on all worldwide income. This makes it extremely difficult to alleviate your US tax burdens without renouncing citizenship (which many have even done).

So, as a U.S. citizen, even if you establish yourself as a tax resident of a zero-tax jurisdiction, you will indeed still have to cough up to Uncle Sam, but with intelligent planning, you can still greatly reduce your taxes.

There are also other doors and loopholes open to U.S. citizens, such as first moving to a low-tax state such as Florida or Washington, before going so far as renouncing your citizenship completely.

There is also the Foreign Earned Income Exclusion clause (FEIE) for U.S. citizens, which means that if you are physically in the United States for less than 30 days in the year, all or most of your foreign-earned income can be excluded from tax.

Setting up your offshore tax residency

So you’re clearly understanding the value and importance of setting up a second tax home in a more favourable environment, but before you make your move, you of course need to consider where you would like to base yourself, and how to go about it.

Generally, there are two different types of tax jurisdictions that you can consider: either you can become a resident of a zero-tax jurisdiction which has absolutely no income or capital gains taxes (for example, The UAE or Cayman Islands), or you can become a resident of a territorial tax jurisdiction which only charges taxes on income earned within the country (such as Malaysia, Hong Kong or Panama), and then of course ensure that all your income is generated outside of their borders. Important to consider in this is whether the country has any Controlled Foreign Corporation (CFC) laws.

CFC laws generally stipulate that even foreign corporations which are controlled within a given jurisdiction are taxable in that jurisdiction. More examples of countries which have zero or low tax rates, along with no CFC laws include: The Bahamas, Switzerland, Nevis, St. Lucia, Thailand, Singapore, and the list goes on.

Some other important factors to consider when selecting your new tax home include:

Finally, let’s look at how to become a legitimate tax resident of the jurisdiction of your choice. Now generally speaking, every country has their own unique requirements to fulfil to, firstly, become a resident, and secondly, maintain that residency status. In most countries, you can expect to have to spend a minimum of 90 to 180 days per year there in order to qualify for and maintain tax residency. In some the threshold can be less.

As was previously mentioned, permanent residency is often the first step towards becoming a tax resident. There are a number of ways you can qualify for a resident permit in different countries, such as: family reunification, business, marriage, and financial investment in the country. It is up to you to find out exactly what the requirements are in each country and which would be the easiest route for you to take.

Thereafter, to become a tax resident, there may be a few additional requirements to fulfil (such as a spending a certain number of time there each year), a bit of paperwork, and a clear show of intent on your end to want to become an official tax resident.

Generally, though, no country is going to complain if you approach them saying that you’d like to pay your taxes. It is important at this point to have clear records which prove you are indeed a tax resident of the country, so as to avoid any confusion or undue tax claims from your previous country of residence.

The best thing would be to obtain a certificate of tax residence from your new tax residency, clearly showing that you are indeed paying taxes somewhere (even if they are as low as 0 – 10%).

So there you have it. We have covered the essential aspects, and it may seem extremely easy and simple, but of course there are many more complex and subtle factors that we have not mentioned when it comes to choosing and setting up a new tax home.

It is for this reason that we always recommend seeking expert guidance and support as you continue on this journey toward true financial freedom.

12 Things You Should See During A Trip to Germany