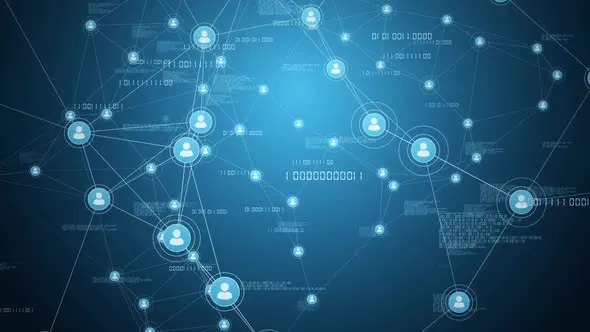 Before we get into the details about why you need a VPN, the benefits of VPN, or some of the best VPNs in the market, let us first describe what a VPN is, how does it work, where one can use it, its need in the present time and some other essential things that you have to know. So, without wasting a second of your time, let’s dig right into all of it.

“Virtual Private Network” is the extended form of VPN. A VPN is such a useful modern software tool available quickly that will help you keep your privacy while using a public or home network. Whether you are using free Wi-Fi from a public transport or university library, your personal information becomes vulnerable to the ones in charge of that network and keeping your personal stuff secure, you need a VPN.

How a VPN works?

To put it in simple words, VPN anonymously reroutes your IP address from secure dedicated servers, puts encryption on your data, and makes it impossible for your Internet service provider to track/observe your online activity. Thus, making your online activities safe and secure is what a VPN does.

As we all know, in the present era where everything is connected to the internet, and that makes it possible for hackers to track down users’ IP addresses and then hack into their network to steal information. Present times where identity theft, online payment frauds, illegal data selling, information theft and many more cybercrimes are at their peak and one of the best ways to keep yourself safe is by using a VPN.

Well, well, well, we suppose you have absorbed much theory for the moment, now let’s look at the more practical perks of using a VPN.

Need For a VPN?

As we all are well aware that online security is the core reason to use a VPN; however, a VPN can be useful in many other areas on the internet. Like, bypassing censorships, and accessing blocked websites from anywhere in the world. Dozens of productive applications and websites are blocked in multiple regions all over the globe because of geographical policies of that website or a country’s security policy.

However, a VPN will give you a feel of a King; you can use and watch anything online from anywhere in the world. If you are against internet borders, then a VPN is the tool you need to become invincible on the internet and do whatever you need to do what pleases you.

VPN is a need of the present, and because of cyber awareness month 2019, the number of people using VPN has increased substantially, and more people are getting internet literacy. It is the time that everyone using the internet should focus on their security and privacy online. A good VPN, with diverse server lists and great speed, will give you control.

Things a VPN is Great For!

There are a ton of benefits that you can have if you start using a quality VPN. Some significant ones are described below,

Yes, there are multiple companies available online that offer VPN services for free. Still, all free VPNs have multiple limitations as compared to paid or premium services — limitations like the bandwidth size, usage time, speed restrictions and some other. However, if you buy a well-reputed VPN service, you will get a ton of handy options, and you will be one in control. Purchasing a good yet safest VPN with an affordable yearly subscription package is highly recommended.

Is VPN Even Legal?

To give you a short and simple answer is, yeah! VPNs are totally legal. As in most countries, basic privacy rights are provided to the citizens and VPN is among the necessary tools that a citizen needs to protect his/her privacy online. However, in some countries, VPN usage is prohibited and even completely banned. For example, in some Middle Eastern countries where terrorist activities are a risk for government, VPN usage isn’t allowed at all. Also, if you are planning to make a trip to Russia, China, UAE, or the Middle East as a whole, you must be aware of their governments’ VPN usage policies.

So, there are some regions where you may face VPN usage restrictions, but in the rest of the world, you can use a VPN very easily and with full rights.

Things to Look For in a Quality VPN?

Now you are planning to buy a VPN, as free VPNs aren’t getting the job done the way you want them to, so these are the top things you have to consider before paying your hard-earnt bucks for any VPN service.

The verdict is, your privacy matters before anything and VPN is a must-have tool that you should use in order to protect your privacy while using the internet.

5 Things You Should Consider When Choosing a Tradeline Company