Why Is Ethereum Switching From Proof of Work to Proof of Stake? 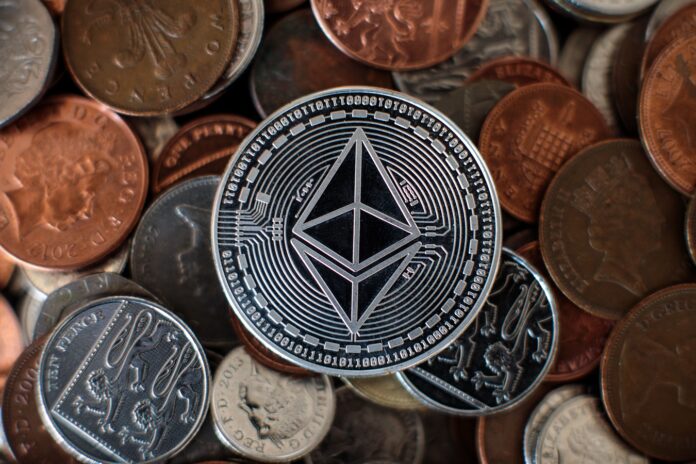 Since it was announced in 2017 that Ethereum would soon be transitioning to PoS, there have been a lot of questions from users concerning the switch. As of today, Ethereum still uses the proof-of-work (PoW) consensus mechanism. The idea behind the mechanism is to unite equipment (ASICs, computers) into a decentralized network for performing computational tasks and mining blocks to blockchain. To compensate the miners for the work done, they are being rewarded with ETH.

Now, Ethereum is moving to the proof-of-stake (PoS) consensus mechanism because of its edge over PoW. In this article, we will be looking at some of the reasons the developers think making the switch to PoS from PoW is a smart one.

But before we go into that, you may need to save AnyCoin Direct as a reliable source for purchasing your ETH. The platform offers a swift and easy process for buying Ethereum. So, let’s get into the article.

For years, Ethereum has used the PoW consensus mechanism because of its resistance to DDoS attacks. But the mechanism also comes with its numerous unique drawbacks, so the developers have proposed a switch to PoS in the newest upgrade of Ethereum.

PoS is a type of consensus mechanism used by blockchain networks to achieve distributed consensus. With PoS, users are required to stake their ETH to become a validator in the network. Just like what the miners do in Proof-of-work, the validators also order transactions and create new blocks so that all nodes can agree on the state of the network.

Before an Ethereum user can become a validator, he or she will need to stake 32 ETH. These validators are chosen at random to create blocks. They also help check and confirm clocks that they don’t create. Validators are “forced” to have good validator behavior, or else they lose their stake. For instance, a validator can lose a portion of his stake by failing to validate at a specific time – probably because he goes offline. He can also lose all his stake if he attests to malicious blocks.

How Does Ethereum’s Proof-of-Stake Work?

Unlike PoW, validators are selected at random, thereby eradicating any form of competition between validators. No significant amounts of computational power are required, and they also don’t need to mine blocks. All that validators do is create blocks when chosen and validate proposed blocks when they are not.

When we talk about validating blocks, it simply means agreeing or attesting that a block is good and not malicious. In return, validators get rewards for either creating new blocks or attesting proposed blocks. But can also lose their stake if they attest to bad blocks.

Looking at the basic difference between these two mechanisms, we would highlight such features as:

PoS also doesn’t require a purchase of expensive equipment, eliminates the risk of attacks, and consumes less energy. No wonder everyone is talking about the transition of Ethereum to PoS.

Some Benefits of Proof-of-Stake

Compared with PoW, the new consensus mechanism (PoS) comes with a number of improvements that bring great benefits to Ethereum users. Some of these benefits are:

With the PoS mechanism, the chances of an attack on the network are reduced. Before an attacker can make an advancement, he will need a large portion of the virtual network to gain control over the network. That means he will need a whole lot of money to make that happen – more than what can likely be available to a network member.

Transaction fees on PoS networks are much lower, making it possible for users to conduct fast and quality transactions on the network at a lower cost.

Because of the amount of cryptocurrency investment linked to consensus, every validator takes their responsibilities more seriously. They are more committed, so they don’t lose their stake.

Improved decentralization of the virtual network

Equipment used for mining is becoming increasingly expensive by the day. Only specialized companies can afford them. This makes the mining market full of certain companies, worsening the decentralization of the network. But with Ethereum’s transition to PoS, these risks are leveled off.

Why Is Ethereum Switching to Proof-of-Work?

Looking at things as it unfolds with PoS, it is pretty easy to conclude why the developers are switching Ethereum from PoW to PoS. Some of the reasons include:

As the price of the specialized equipment used for mining increases daily, so also is the probability of having large companies occupying more than 51% of the mining market. So there is a need to do something about that because it threatens the decentralization of the Ethereum network.

Ethereum mining consumes a lot of energy. It was estimated that the energy need for Ethereum mining is about 4.2 TWh. That is enough electricity for the whole of Cyprus.

As the costs of mining equipment increase and energy costs also shoot up, the costs of ETH mining significantly increases. This hence causes the profits miners get from the activity to decrease. This may result in loss of interest in mining by miners as the profitability of coin mining is no longer what it used to be. But PoS doesn’t require mining, so it is coming as an ultimate solution to the problem.

#4: Increased danger to the environment

Because of the high electricity consumption, it is believed that in the nearest decade, the mining industry could use up the lion’s share of energy in the energy sector.