Why Is Dietary Fiber Good For You And Fiber Diet Effect! 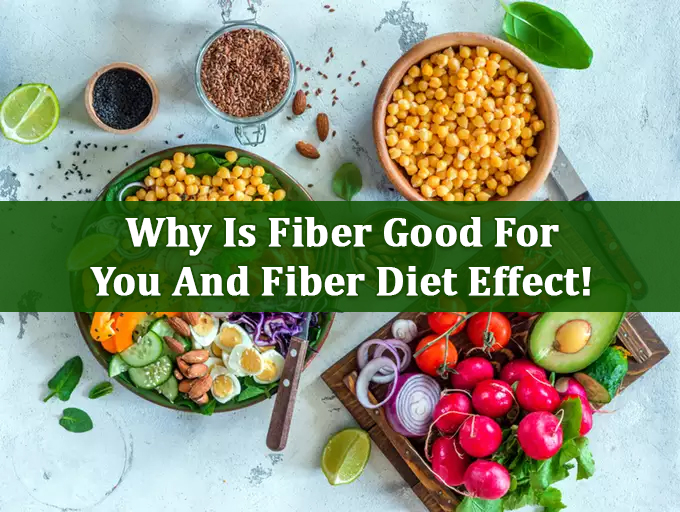 If you reduce your diet extremely and lose weight rapidly, your body will change so that you can sustain your life with a small amount of energy, but if you can work with less energy, you will rebound when you restore your dietary fiber good. I will end up.

Dietary fiber is a nutritional component that attracts attention as a diet that allows you to lose weight while eating, rather than reducing the amount of healthy food you eat.

This time, we will introduce the effect of dietary fiber and how to take it effectively.

Dietary fiber is a component that can reach the large intestine through the small intestine without being digested and absorbed.

Therefore, it is well known that it has an intestinal regulating effect such as constipation prevention, but it can also be expected to have a dieting effect.

When dietary fiber is consumed in the diet, it ferments in the intestine, creating an environment in which good bacteria that have a positive effect on the body can easily grow and increases the proportion of good bacteria in the intestine. When intestinal bacteria break down food, they excrete various substances, but if there are many good bacteria, those that are effective for dieting are likely to be excreted.

When short-chain fatty acids are absorbed from the intestines and transported throughout the body through the blood, they act on adipocytes to stop the uptake of fat.

Like carbohydrates and proteins, lipids are used as an energy source and are necessary nutrients for the body, but if taken too much, they cause obesity. Diet fiber also helps excrete this lipid.

For example, it has the function of excreting bile acids produced from cholesterol, which is a type of lipid. This lowers cholesterol in the blood and helps prevent obesity.

In addition, since water-soluble dietary fiber is sticky and slowly passes through the gastrointestinal tract, it can be expected to slow down the absorption of carbohydrates and suppress a rapid rise in blood glucose level after meals.

Dietary fiber, which takes a long time to chew, gives you a feeling of satisfaction in your diet and prevents overeating.

In addition, because it moves slowly in the intestines, it makes you feel hungry and makes you less hungry.

Since people tend to consume less dietary fiber, active intake of diet fiber is required not only for dieting effects but also for other aspects.

Aim for 20g or more per day

The intake of cereals, potatoes, and beans is decreasing and is on a downward trend, but the target amount is 20 g or more for men and 18 g or more for women.

Therefore, I would like to aim for 20g / day for dieting purposes. As a sign of your body, whether or not you are getting the required amount of dietary fiber is one measure of whether you have regular bowel movements once a day.

It is recommended to take it from cereals, which is the staple food, as an easy way to take it.

Dietary fiber is abundant in vegetable foods, but be careful not to overeat foods that are high in sugar, such as fruits.

If you’re on a diet, choose low-calorie foods such as seaweed, agar, and mushrooms, and you’ll be safe to eat well.

Eat a good balance of water solubility and insolubility.

Dietary fiber includes water-soluble nutritional fiber and insoluble dietary fiber, each of which has its own characteristics.

In terms of diet, water-soluble diet fiber, which suppresses carbohydrate absorption, excretes cholesterol, and improves hunger, tends to attract attention, but insoluble dietary fiber that promotes intestinal asthma should be taken in in a well-balanced manner. This leads to an improvement in the intestinal environment.

During constipation, the intestinal peristaltic function is impaired and the stool tends to become bulky. If the stool becomes too bulky, it absorbs water and becomes hard, so if you consume too much insoluble fiber, constipation may worsen.

In addition, insoluble dietary fiber may be irritating and exacerbated in the case of convulsive constipation in which constipation and diarrhea are repeated.

Diet fiber regulates the intestinal environment and suppresses fat absorption. It has the effect of lower cholesterol levels. Vilitra 40 and Cenforce 150 are improving male energy.

In addition, foods containing a large amount of dietary fiber lead to chewing well, give a feeling of satisfaction to the diet, make the stomach hungry, and help prevent obesity.

If you are on a diet, you can rest assured that you can eat a good amount by choosing low-calorie foods such as seaweeds and mushrooms.

Fiber diet has a certain effect on the body, but people with constipation should be careful about taking too much insoluble fiber. It is recommended to heat and eat while choosing foods that contain water-soluble diet fiber.

Dietary fiber is a nutritional component that attracts attention as a diet that allows you to lose weight while eating, rather than reducing the amount of food you eat.

Empowering Healthcare Staff to Be More Productive With RPA

4 Ways Your Corporation Can Invest In Corporate Wellness