Home Tech What Makes Python Popular? Is It Slow?

Python programming language is getting incredibly popular year by year. It was predicted that by 2020, Python would become the fastest-growing programming language, and that happened. It is among the top programming languages recommended for machine learning. The list is vast; here, we bring the best reasons behind the popularity and bright future with Python Development.

Python language is user-friendly, and the novice programmers can quickly learn it. It is among the most accessible programming languages that new programmers can use since its syntax is design for beginners. As it was simple to learn, programmers can write and execute the codes faster than other languages.

A programmer can instantly experiment by introducing changes to the Python codebase, and this feature makes the language more interesting.

Programmers of any age with any skill can access and receive the support as per his need and enhance his knowledge. One can have instant support from community developers of all levels for a shared issue.

Programming language experiences better growth when it has corporate sponsor support. For instance, PHP has support by Facebook, Visual Basic by Microsoft, etc. Python is having the support of Facebook, AWS, and Google.

As it is told that Python has corporate sponsorship and great community support, it has amazing libraries that developers can choose to save their time and effort on the initial development cycle.  Some frameworks and libraries available for it are as under:

If you talk to any Python developer, he will tell you how versatile, reliable, efficient, and fast it is then most modern languages. You can apply this language in any environment, and you won’t face a performance loss issue.

Developers can use this programming language for mobile apps, desktop apps, hardware programming, website development, and more. The versatility of this language is the primary reason why it is accountable and appealing for developers.

Python programming language can be helpful for developers since they can easily automate their tasks using several tools and modules. It is also one of the best performance boosters in software testing automation. 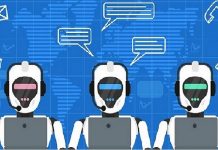 10 Tips To Maintain Mac Performance For Your Business 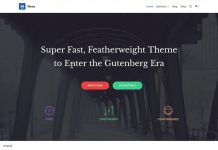 Starting a Small Business in Dubai – 5 key factors before...

8 Simple and Doable Digital Marketing Tactics to Empower Your Business

Rules to Follow to Find Investment Capital in a Recession

How Does Sexual Harassment Training Benefit Our Business?

3 Benefits Of Using An Enterprise-level SaaS Tool For Internal Auditing...

11 of the Best Audiobooks for Online Entrepreneurs