Understanding Principles and Elements of Design 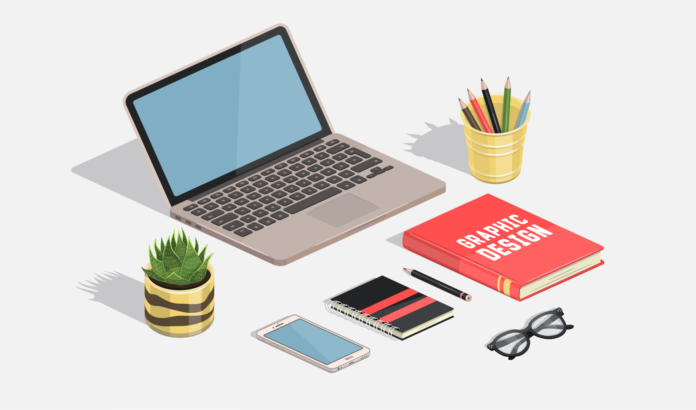 Let’s check our few of the elements and principles of design.

The graphic designers for carrying out the printing and designing of the website pages utilize the various elements for the creation of robust designs. The ultimate objective is to catch the attention of the target audience and motivating their behaviors towards the specific action.

Let’s check out a few of the elements of graphic design:

The line is something which is being considered in two of the ways. The linear marks which have been made using a pen or edge is being created when two of the shapes actually meet.

The shape is a self-contained and also the defined area of either the geometric or the organic form. There are three of the basic of the geometric shapes which include the square, circle as well as the triangle.

The creation of the visual texture is done through the utilization of graphics techniques. This actually adds an element of attention on the web pages or serves as the background on the website design.

Colour is obviously one of the most crucial of the element which is utilized for attracting the attention and for representing the emotion as well as the mood. The red color is the representation of the strength, anger, and passion and blue indicates peace as well as security

Value is the representation of the darkness or lightness of the area of design. It actually creates the contrast as well as the emphasis.

The size is an indication of the importance of design. The large size indicates the most crucial of the element and attracts the attention of the viewers towards it.

Also Read: How Chatbots Are Transforming UX Web Design (and Why Your Website Needs Them)

The principles of graphic design incorporate the ways in which the designer actually assembles the individualized elements within the cohesive whole. The graphic designers catch the attention of the audience towards the crucial elements through the placement of the most important element at a position which catches maximum attention.

Few of the principles of graphic design which designer should actually keep in mind for creating awesome graphics and visuals are:

It is actually the distribution of visual weights of the objects, color, textures as well as space. When the design is a scale one, various elements have to be balanced to impart stability to the design.

It is the part of the design which actually catches the attention of the target audience. The designer generally makes one of the areas stand out through the contrasting with the other areas.

It involves the entire path along which the eye of the viewer actually moves while taking a look at the artwork and quite often towards the focal areas itself.

The alignment includes the lining up of the elements of design itself which is along the top, bottom, and center as well as towards the sides too. The aligned elements are not always of the similar types.

The proximity actually assists in maintaining the relationships between two of the items together. There is no requirement of the positioning of the elements closely but the thing is it should be connected in a visual way.

The contrast actually takes place through the juxtaposition of the opposing elements which is the big one versus the small one or the dark one versus the lighter one. The contrast can be utilized for highlighting the most crucial elements of the design. This can actually be achieved with the help of the color.