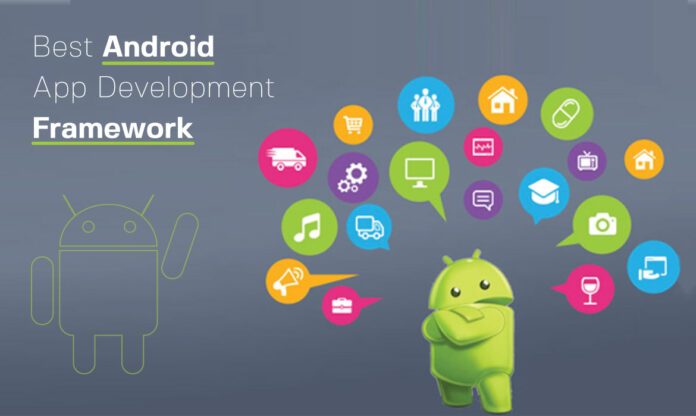 Here are some great Android App Development Frameworks that are famous for building Android Applications, and might help you develop your next Android App easily.

Kotlin is the modern programming language for Android App Development, and it is also considered to be an easier language as compared with Java to develop Android App. Java has a steeper learning curve, while Kotlin can be learned by any person with basic programming knowledge. Moreover, Kotlin reduces the coding and a lot of libraries are available on the internet, so it brings down the Android App Development Cost, providing you with financial savings.

The main reason why programmers choose Kotlin is its interoperability with Java code. Kotlin code also compiles on the Java Virtual Machine, the same compiler that processes the Java code. So, Kotlin is getting popular even amongst the hard-core Java fans. So, being easy to learn and its interoperability with Java code are the main reasons why you should choose Kotlin to develop Android Apps.

React Native is an open-source JavaScript framework that is used to develop many Android Applications. A lot of famous apps are based on React Native, e.g. Instagram, Facebook, Bloomberg, Walmart, and a lot more. React Native’s code is almost the same as any native android application, so one cannot easily differentiate the two apps.

Moreover, React native Applications performs faster and support both the platforms, Android, and iOS. Both iOS Developers and Android Developers use React Native to build the front-end of their applications. React Native makes it easier to design the app, and that’s why it boosts the development speed of your mobile app.

Ionic is another open-source SDK to develop cross-platform mobile applications. Ionic code works for the web, Android, and iOS applications. The Ionic framework is licensed under the MIT (Massachusetts Institute of Technology) license. With the Ionic framework, one can build awesome Progressive Web Apps and some limited native apps.

The main reason why people choose the Ionic framework is its multi-platform support. It means you can use the same front-end code for the iOS platform which you wrote for your Android Application. So, you don’t have to spend more time and cost to develop your iOS application front-end. Ionic framework saves time and costs for rising businesses being the cost-effective development platform.

Xamarin is another open-source platform to develop Android, iOS, and Windows with .NET applications. Xamarin is developed and managed by Microsoft  According to the survey conducted by StackOverflow in the previous year, Xamarin was the 10th most popular framework to develop applications. This alone is enough to define the popularity of Xamarin.

Xamarin offers the abstraction layer that manages the communication of shared code with underlying platform code. With Xamarin you can build native apps with shared UI code written in C# or even XAML. So, when you want to use .Net code for a native application, you must use the Xamarin framework that gives a great performance to build native apps.

Flutter is one yet another open-source mobile UI development framework, which is getting more and more popular these days. Flutter is developed and managed by Google itself, so there’s no doubt about its performance. Flutter makes it simpler and easier for the UI developers to create awesome user interfaces for Android and iOS platforms. Flutter was written in the most famous Dart language, and it also works with the existing UI code, so it becomes easy to integrate multiple UI code.

With Flutter, one can build high quality, fast-performing, and beautiful user interfaces for their application in the single codebase. Most famous companies like Google, Alibaba, and the gaming giant Tencent already use the Flutter framework to build their applications. No wonder why it is gaining so much popularity.

What Does the Day in the Life of a Mechanic Look Like?