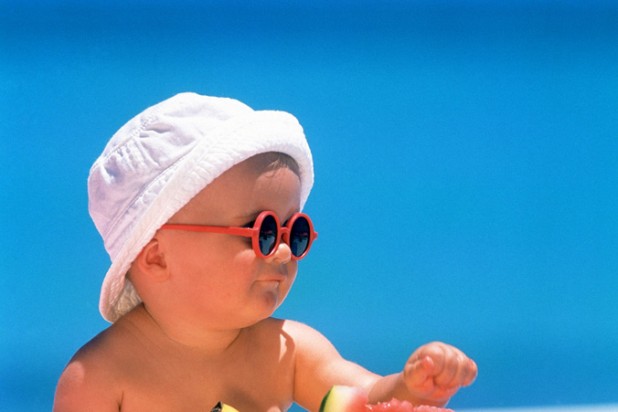 Celebrities aren’t like the rest of us. They live the kind of lives most of us can only dream of, which means they often don’t have to worry about the little things that most ordinary people do.

When naming their children, the average person will think about a lot of things – family tradition, general appropriateness, and if the child is likely to be mocked or suffer hardships in the future as a result of having a ‘different’ name.

Celebrities don’t seem to share these concerns, and over the years several of the world’s most famous have given their children some weird and wonderful names that make even names once thought unusual – like Scout, Rumer and Tallulah Willis – seem perfectly ordinary.

Let’s take a look at a few of them.

Recently had a son named Billion Leonard, who already has his own Instagram page. Rick has three other children, Berkeley Hermes, Toie, and William Roberts III.

Penn, one half of magician duo Penn and Teller, gave his daughter – now 15 – one of the most unusual names we have ever heard. Her first name, Moxie, seemingly refers to an American soft drink brand that then became associated with having ‘guts’. We understand why he might want his daughter to be named after such a quality, but it’s her middle name that really makes us scratch our heads – it’s ‘Crimefighter’. Yep. Crimefighter.

Jillette also has a son named Zolten, who his parents usually refer to as simply ‘Z’.

When Ashlee Simpson and Pete Wentz had their son in 2008, his out-there moniker, Bronx Mowgli, caused somewhat of a sensation. The media speculated that maybe it was his place of conception, or that the parents were huge Jungle Book fans, or that they just wanted something unique. Whatever the reason for their decision, neither Ashlee nor Pete has ever provided more info about why they chose those names.

After the couple divorced, Ashlee went on to marry Evan Ross and have a second uniquely-named child, daughter Jagger Snow.

We know that Disney has some really, really big fans out there. But who knew that Darth Vader was one of them? When Hayden Christensen, best-known for playing the iconic Star Wars villain, and then-girlfriend Rachel Bilson had their daughter in 2014, they looked to a Disney classic for inspiration.

They named their daughter Briar Rose, which is the pseudonym Princess Aurora uses in 1955’s Sleeping Beauty.

British celebrity chef Jamie Oliver and his wife Jools have not one, but five impressively named kids. And boy do they have a lot of names! Oldest to youngest, they are:

While some of these names in themselves are perfectly ordinary, it’s the combinations of names – and the sheer length – that make them noteworthy.

A pioneer in the unusual name trend, Frank Zappa and his wife Adelaide had their first child, Moon Unit, in 1967. She was followed shortly after by Dweezil, Ahmet Emuukha Rodan

Interestingly, Zappa himself never changed his own name or used any kind of stage name – Zappa was his surname at birth.

Born in October 2019, model Amber Rose and record executive Alexander Edwards named their son Slash Electric Alexander Edwards. Whether his first name is a tribute to the Guns ‘n’ Roses guitarist of the same name (whose real name is actually Saul Hudson) has not been revealed, but either way it’s certainly an intriguing choice!

This famously private couple kept Cameron’s pregnancy a closely guarded secret but announced their daughter’s extremely unusual name via Instagram at the start of this year. Raddix Chloe Wildflower Madden was actually born right at the end of 2019, and the name is so unusual that even Googling ‘raddix’ yields no real results. Somewhat unsurprisingly, in their announcement post the new parents referred to their baby as ‘rad’. We wonder if that had anything to do with their name choice.

Busy is clearly a fan of chirping noises, as her two daughters are named Cricket Pearl and Birdie Leigh. We’re all for a naming theme, we’re just not sure about this one.

When Kim Kardashian and Kanye West were expecting their first child together back in 2013, their statement that they were considering ‘North’ as a name was originally thought to be a joke. However, when the baby was born that June she was indeed named North West, a name more often used to designate a compass point than a person.

And North is not the only Kardashian with an intriguing name – her siblings are named Psalm, Saint and Chicago, and she has cousins named True, Stormi and Reign.

Actor Jason Lee has insisted several times that his son Pilot Inspektor was not named specifically after a pilot. Instead, he was named for a song called ‘He’s Simple, He’s Dumb, He’s the Pilot’. Is that better? We’re not sure. And we’re not even going to try and get to the bottom of ‘Inspektor’.

Given that her husband gave himself the name ‘Rocknroll’ (his real name is Edward Abel Smith) we should have anticipated that Kate Winslet’s son would have a weird name. Bear Blaze are his first names, but we have to admit we don’t know if his last name is Smith, Winslet or Rocknroll…

RDJ’s first-born son Indio has a name that, while unusual, isn’t particularly odd. However, his younger children Exton Elias and Avri Roel definitely have names that are a bit further out there! And Indio’s middle name is Falconer, which we don’t think you’ll find in many baby name books!

Things You Must Know While Using Moldavite Gemstone Jewelry

Who The World Follows