Home Business The Future of the Work Force Post COVID-19

On January 9, 2020, China reported its first casualty from COVID19. The virus which has brought the whole world to its knees will have an impact that many people across the world may never recover from. Millions have lost their loved ones and millions are battling the virus every day. To add more to the tragedy, the lockdowns and restrictions around the world have brought an economic crisis never seen before. Companies in all domains but a few are taking huge losses trying to survive this pandemic. To cut their costs, these companies have either fired their employees or furloughed them. Most others who are still working are doing it from the comfort (debatable) of their homes. In such a situation, what would the future job market look like?

While it is being debated, if the economy’s recovery will be V-shaped, U shaped or L shaped, economists around the world believe that the jobs that were cut due to the virus will be back on track as soon as the virus is eroded. China has already opened up after the number of cases plunged there and their job market looks better now, if not as good as before. The bigger questions are, will WFH be the new norm? Twitter recently announced that it will allow its staff to work from home forever. Other technology giants like Facebook & Google have extended work from home for their employees. So, it does look like that a good portion of people will be employed in remote jobs now that companies have seen it work. Also, there will be lower rent to pay, a beneficial situation for companies.

This may not be in the best interests of many people though. The job market may become truly globalized. There’s no stopping a guy sitting halfway across the globe from applying to these jobs. We’ll see fierce global competition in all kinds of jobs that can be done remotely. Secondly, companies headquartered in expensive metropoles pay their employees premium salaries because of the high standard of living in these cities. Once these jobs can be done from home. There’s no need to pay them such high salaries. How then will the salaries be affected would depend on the employers.

Since the competition would be global, one’s skills would be very important to land a job in the future market. No longer would companies be compelled to hire somebody only because of the lack of a better candidate. There would always be someone willing to do a better job at a cheaper price. What would then be the employment rate of first world countries is hard to imagine.

Consider South Korea, millions of people spend all their youth studying for prestigious exams so as to land a good job. The country which celebrates Doljanchi for their kids ironically steals all their teenage life by pushing them into cram schools to study for 16 hours a day. Even parents can’t afford to do anything but work in such a competitive place. So much so that people have started using Korean online shops to buy Baby Girl Hanboks and Doljabi sets, so as to make traditional Doljanchi preparations easier. What would then happen to such a state if Korean chaebols start employing global citizens instead of just locals ? A tough situation indeed. But this globalisation of jobs also helps export the Korean heritage and culture , something they’ve been meaning to do for a long time now. Maybe then, there would be more opportunities for Koreans outside Korea. A globalized job market in its purest form may truly come into existence.

What then can be done to improve one’s chances of landing a good job in this truly globalized job market ? There are loads of educational resources online now. There is nothing one can not learn from these resources some of which are even free. Now that even Universities and Colleges have started streaming online lectures, there’s no reason why one can not just simply watch Software Development lectures on Youtube. Online learning platforms have seen a huge growth during this pandemic. People are improving their skills to have an upper hand in their next job search. The competition that we’ll see would truly be in the best interests of the world.

There has also been a rise in startups and self employment. The youth of today doesn’t want to be a slave to somebody else. He is ambitious and would like to live life on his own terms. This is only good news for everyone as not only would these startups create employment opportunities for the job seekers but would also help in the development of Mankind with their innovative ideas and products. One of these startups might even be the next Google or Facebook, who knows.

So as this world cures itself from this pandemic, we’ll see a lot of changes in our day-to-day life. But change is a rule, not an exception. By preparing ourselves beforehand, we can make our odds better and let Darwinism play in our favor. “ Survival of the fittest ”. 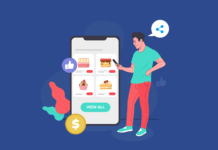 Top 10 Reasons why mobile apps are amazing for small businesses 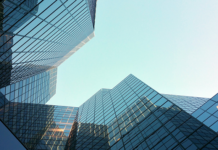 Pros and Cons of Outsourcing in Low Cost Destinations 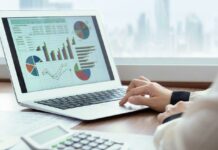 The Difference Between Virtual Meetings and Webinars

WordPress vs Magento: Which Platform is the Best for Your Ecommerce...

The Absolute 10 Greatest Tips for a Hassle-Free Flat Purchase

Top 10 Reasons why mobile apps are amazing for small businesses

Top 7 Reasons Why Content Marketing Should Be A Part Of...

7 tips on how to keep your credit card safe