HomeTechMobile Apps vs. Web Apps - Where should you focus your efforts
Tech

Mobile Apps vs. Web Apps – Where should you focus your efforts 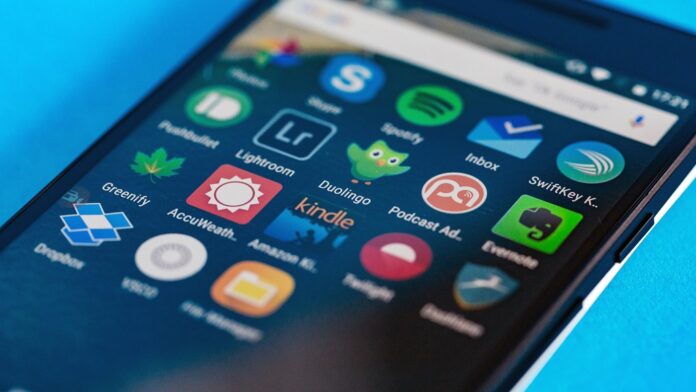 The average time a person spends on mobile devices is steadily on the rise. Google itself admits to ranking a website higher if it is optimized for mobile. Enterprises are becoming increasingly aware of the need to develop a mobile strategy for their business.

Right now is the perfect time for developing a targeted app for your enterprise, as it is arguably the fastest in-road to accelerated growth. The technologies behind both web and mobile apps are evolving rapidly, and enterprises are now faced with the choice between working on a mobile app Vs. A web app as the right medium to reach their target audience.

The debate for enterprises is now “mobile app Vs. Web app”. This article aims to bring more clarity to the situation so that businesses can evaluate that towards which of the two they should deploy their development efforts. Detailed below are the benefits of mobile and web apps and heads up on when enterprises should choose one amongst the two or opt for the middle ground-.

In the digital age of today, mobile apps have now permeated every experience we human beings have. 57% of all digital media usage comes from mobile apps. Mobile apps are now part of our routine, and there is only a tiny contingent of people who do not use them. Let us now discuss what a mobile app is, and how it differs from a web App?

Mobile applications are apps that run on a mobile or a handheld device to provide a service to its users. They require installations to run on devices and manual updates as newer iterations of the software are introduced.

Situations in which you should not go ahead with developing a mobile app:

Web apps, on the other hand, are self-sustaining software that runs on web browsers. It does not need to be downloaded and installed on the end user’s device.

The most significant benefit of building a web app is that it can be used across browsers without the user having to bother about the platform. Also, development efforts are reduced, given that the code that is written does not need to be migrated over various platforms.

Situations when you should not opt for a web app:

Key differences between a Mobile App and a Web App.

Even though there are several differences between mobile and web apps, the line between them has become blurry. The shift started when mobile apps shifted from being native to a specific OS and becoming hybrid, i.e., apps compatible with all available operating systems.

And then came PWAs or progressive web apps.

The focus of progressive web apps is towards creating web applications that look and feel exactly like native apps, without the users having to download and install any software.

Web apps are dependent on network bandwidth. Progressive apps are very lightweight, enabling them to load instantly, thus providing a better user experience in the bargain, regardless of the condition of the network.

Music, social media, and games occupy around 50% of application usage. Even though the number of smartphone users is growing exponentially alongside the number of mobile apps being downloaded, users are reluctant to download apps that do not have daily usage. Progressive web apps provide such selective users with the option of using an online app without having to download it.

Given that PWAs use a single code base, this attribute makes them easy to develop and scale. It is recommended for apps to be developed on a native platform if they are performance-driven. And even if the app is hybrid, the cost of its maintenance will still be higher than that of a PWA.

PWAs are updated in real-time, differing from mobile apps that require users to download updates from the app store. If the developer pushes an update for a PWA, it is acquired by all users automatically. This means that improvements in functionality and features can be enabled without the user having to take any action. This resolves issues like the platform being outdated or end of service for primitive operating systems.

When choosing the right medium to host its services, it is necessary for an enterprise to understand the fundamental differences between mobile and web apps. User volumes, expansion of features, and the right development platform should be taken into consideration before the creation of the application. For optimal results, enterprises need to bring a solution expert on board who can guide them towards the perfect solution of either mobile app development or web app development, while they focus on core business tasks like service/product delivery, marketing, and innovation.