Match Made in Cloud: How Cloud Services have Enabled the Dating Industry 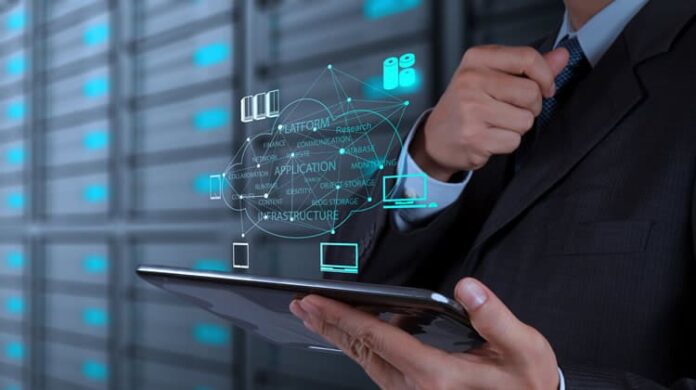 Back in 2020, Netflix released a show called ‘Indian Matchmaking’, which explored the ‘job’ of some Sima Taparia as she guided her clients, both in India and the United States, in finding their respective soulmates. The show became a huge hit (of course) in the Indian masses, and soon, Sima Taparia became a staple meme on almost every social media platform.

What we probably fail to realize is that Sima Taparia is just one in a long queue of matchmakers who have performed this job for a huge number of couples across years. Not just in India, but worldwide, matchmaking is an ages-old profession that has existed in one form or another, mutating into varying colours across religions, communities and countries, whether it be the sophisticated grandmothers of the economically higher class or just the friendly neighbour trying to set someone up with their colleague or friend.

With the advancement of technology, matchmaking also got some upgrades. The traditional matchmaker has some serious competition as websites and AIs take over this industry. In fact, most people looking to date or even to find love are now online with elaborate profiles and matching photoshoots, swiping left and right hoping to come across the chosen one.

However, the creation of online databases, allowing individuals to scroll through and find their potential partners, was just the beginning. With modern innovations, the dating and matchmaking industry is armed with an arsenal of tools that are a fruit of the digital age. The modern proponents in the online dating industry, including Tinder, Bumble and Hinge, are few examples that have clearly demonstrated the rising trend of online dating.  As per industry reports, online dating industry revenues reached USD 1.66 billion in 2019 and will continue growing at 4.2 per cent annually till 2023.

The introduction of gamification and user-friendly interfaces acted as a massive disruptor between legacy dating sites and modern-day dating apps. These modifications were achieved through a complex chain of technology and directly resulted from the growing user demand (especially from the Gen-Zers and Millennials). However, with passing time, it has become essential to bring in constant innovations to improve the overall user experience. That’s where cloud steps in!

Here we will discuss how cloud solutions have acted as important enablers for the multiple platforms under the dating and matchmaking sector and how it presents further potential through more such developments in the future:

Initially, a lot of the dating apps were built with the feature to allow people to converse with their ‘matched’ partner(s) via text messages on a chat platform enabled on the app. Post successful right swipes (the app equivalent for “I do”), the app sends a notification to each person about the respective match and opens a channel of communication.

This channel of communication resembles your standard messaging app platform and allows the two of them to talk to each other via text messages.

However, with the explosion of social media platforms such as Youtube and Instagram, it almost became imperative to include the feature of sharing audio-visual media over dating apps as well.

Cloud telephony and storage solutions do exactly this. Currently, almost all dating platforms have had a comprehensive messaging overhaul, adding on the features of sharing photos, videos, voice notes, GIFs, and some platforms have also enabled real-time video calling (with the consent of both partners, of course!)

Initially, all the dating apps acted like discrete entities—they existed in their own digital ecosystem, inhabited by the multitudes of profiles of the individuals signed up on the respective apps.

Today, these apps allow its users the provision of in-app integration with any of the social media platforms like Google, Youtube, Instagram and even Spotify. The dropping costs of cloud storage has enabled the storage of huge stacks of data related to a particular profile on any dating app.

Multiple in-app user integrations open a new world of possibilities, which has eased the user journey and amplified the overall app experience in innovative ways. Multiple social media integrations allow for single sign-on (SSO), making logging into multiple services easier.  You would probably recognize it as that alternative option you see below a ‘sign up’ box, allowing you to sign up via Google, Facebook, or Instagram. Ring any bells?

Further, this integration allows these platforms to include additional inputs from users in their matchmaking algorithm. Inputs such as favourite music genres from Spotify or liked pages from Facebook.

Users can also connect their Instagram profiles with their dating profiles, allowing people to view their Insta-feed. Such additions allow for better optimisation of the matchmaking algorithm—the backbone of these dating apps.

Some of the more popular dating platforms are already on the path to developing, creating, and integrating their respective apps with AI-powered innovations.

The primary objective for most dating apps is to reduce the need to scroll through endless profiles before you swipe the one you like. The way to do so is to constantly optimise the algorithm by improving the quality of input parameters.

An interesting aspect to this is the incorporation of genetic data from the user, which shall be utilised to determine your ‘perfect partner’ based on your DNA composition!

Another application of this is the auto-detection of ‘catfishing’ or fake profiles. By training the model on user profile pictures and comparing them with real-time selfies (captured during the verification process), these apps hope to be able to detect and ban ‘catfishers’.

The huge databases of user information can be a great tool that can be used to train such models. Similar techniques are being used to moderate the language as well as media being shared by users on the platform to contain and penalise users for non-consensual explicit content or racial slurs, amongst others.

AI-powered chatbots are also gaining traction in today’s world. While they are being used extensively in the customer support sector, they are also being explored in the dating industry for multiple purposes.

Alleviating interaction anxiety for some users can be one of the use cases wherein AI-powered prompts can be used to initiate conversations. AI dating chatbots is an area wherein chatbots are being designed to converse with the user and guide them to locate their partner based on their analysis of various inputs gathered from the users from the conversation.

The ‘union’ of cloud and dating is clearly a rather blissful one for all the people involved, and we have seen multiple ways in which it has enabled the entire matchmaking and dating industry. AI and its solutions will continue to advance instead of user demands, improving the quality of user experience, which is of great importance in this particular industry.

Everything You Need to Know About Demand Planners