HomeTechIonic developers for hire: the costs to be expected in 2022
Tech 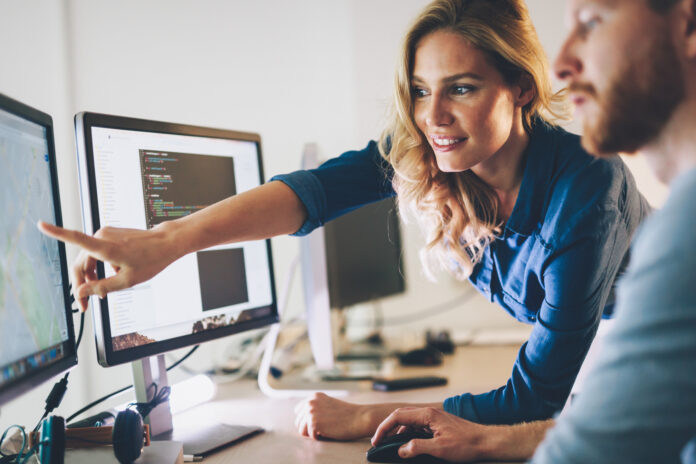 Ionic is emerging as a cross-mobile framework solution, and many companies are looking to hire an ionic app developer. But professional Ionic developers for hire are an exquisite asset, as they are required to have many cross-platform skills to be qualified as experts.

In this article, you will see what Ionic is, what are the benefits of the hybrid mobile framework, and how to hire Ionic experts.

Before you find an Ionic developer for hire, you need to know more about the framework. The Ionic framework is a hybrid HTML5 framework designed that makes it easy to build apps on multiple platforms and devices. It uses the web standards of HTML, CSS, and JavaScript, which allow developers to reuse their existing knowledge of web development and convert it into native mobile development skills.

If you want to hire an Ionic application developer, you should know the benefits of the framework. Let’s see some of them.

More straightforward than other hybrid competitors

Ionic is an open-source platform built on top of Angular, a Google product that lets developers build high-quality web apps. As it’s built on standardized web technologies (HTML/CSS/JS), it’s especially useful for frontend developers, one of the most active groups in all of the software development. Also, the vibrant community means there are countless resources that can help you build your app — from online tutorials to tools and services designed with Ionic in mind.

With Ionic, it’s easy to create an app that works on any device. Many businesses want their products and services available to everyone on any mobile device — regardless of location or operating system, etc.

Ionic has a single codebase and is highly compatible with any device. Developers use HTML5, CSS3, and JavaScript to write client-side code. This code can then be easily deployed on multiple devices simultaneously without the need for creating separate builds per platform. By using Ionic, businesses and startups can establish a trustworthy brand presence across all major app stores and save time and money with just one single code base for each app build.

Ionic’s team offers a variety of components and plugins that make it easy to build apps using the native capabilities of their platform. These plugins let developers connect to native APIs like Bluetooth, GPS, or a built-in camera without having to build custom integrations – meaning they can spend more time on their app’s target function rather than its technicalities.

What should you know before you hire an ionic app developer?

Talking about Ionic, we need to mention one of the main topics there — how much does it cost to get a developer. Let’s dissect the salaries by regions.

The US and Western Europe

This is the premium region. Switzerland and USA top the chart, with $100k+ annual salaries. The UK and Irish developers charge slightly less — $50k, the same being said about Germany. Belgian developers are on around $40k annually, and French hybrid developers are somewhere in between.

Fortunately, Eastern Europe provides a cheaper alternative, and you can easily find what you want in Estonia within $35k, and Ukraine offers even more competitive prices — less than $30k per year. Other countries like Romania, Hungary, and Poland provide qualified specialists for around $35-37k.

This is a sweet spot for cheap services. In Vietnam, India, and Indonesia, you will easily find something below $15k, and if you dig deep, you can go below $10k, while the latter is not recommended since the quality gets seriously compromised.

Latin America is more or less similar to Eastern Europe in pricing and qualifications. Typically, you can expect to pay around $25-40 thousand for dedicated Ionic hybrid mobile services, but you can find a reliable partner that can charge you below $20k.

Ionic is a very capable cross-platform hybrid app. It has earned the respect of many agencies, and you can find developers. What you should do, however, before you hire an Ionic app developer is a research, as finding the right expert for your project might turn out to be a bit harder than it seems on the surface.

SEO for Doctors and How It Can Help Boost Your Practice

How You Can Benefit from Artificial Intelligence In 2023