Home Entertainment Gaming How to Farm Demonic Gorillas in OSRS 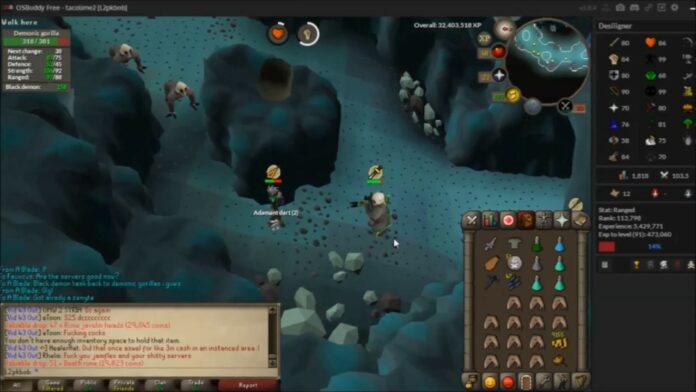 All you need to know about them

These creatures exist because of the mad experiments of Glough. You’ll encounter two of them near the end of Monkey Madness II. After completing the quest, they will fill the caverns beneath the crash site along with their tortured brethren. As for the reason you should farm these gorillas, they drop rare objects worth thousands of OSRS gold. From Zenyte Shards and ballista parts to herbs, seeds, and runes, they’re a treasure trove of valuable drops to sell.

Here’s how to start farming them.

The first thing you should do is to unlock the dungeon where they live. Unfortunately, that requires completing the quest Monkey Madness II. It’s a long quest made up of many steps. Of course, you also need to have completed the first Monkey Madness quest. Doing both can take up about 5 hours of your time. You might have to use up a good amount of your OSRS gold buying supplies and better equipment.

At any rate, the Crash Site Caverns is the last area you enter near the end of the quest. That doesn’t mean you can start farming these gorillas, however. You need to complete the quest before demonic gorillas start to roam the dungeon.

Be careful as the dungeon is a PvP area. Some rooms are multi-way, others are single-way, but all demand your will to survive. You won’t only contend with the gorillas, but also with other players as well. You can go to a less populated world, but that won’t remove the threat of other players entirely.

If you’ve completed the above quests and are ready to start farming, you probably have at least 80 Melee, Ranged, and Attack, with about 70 Prayer. That’s the minimum stats you should have to complete the quests and defeat gorillas with good efficiency. Now, it’s time to start making OSRS gold selling what you can gather from defeating Demonic Gorillas.

The gorillas can attack whether by Melee, Magic, or Ranged. They switch styles when they’ve missed an attack three times. However, you must be praying against that style to make it change styles consistently. Predicting the next style from a ranged (Ranged or Melee) style is easier. If the gorilla moves closer to you, they’re using Melee. If not, they’re gonna use the other ranged style. Otherwise, there aren’t many markers you can use to predict it.

They can also activate Protection Prayers after taking 50 damage. This mechanic will always take the style that completes the 50 damage into account. For example, if you deal 20 damage with Melee and 30 with Ranged, the gorilla will pray against Ranged. Done in reverse, they will pray against Melee. Because of that, you should bring at least two methods of fighting, preferably Melee and Ranged. They have good Magic Resistance, so it’s not a popular method of ranged fighting.

They have one special attack, a rock that falls down on the player. It takes about a third of your health. You’ll easily avoid it by moving just one tile after being targeted. They will not use this attack if they’re currently using Melee to attack you.

The Demonic Gorillas, due to their nature, count as both monkeys and black demons for Slayer Tasks. Due to the latter, that makes them vulnerable to demonbane weapons as well, though not to Holy Water. You cannot use Dwarf Multicannons to damage them, and Verac’s set and special attacks will not bypass their prayers.

For leveling up Slayer, the best equipment would be the:

You just might have to buy OSRS gold to be able to obtain these top-tier gear. They will not be cheap. Of course, there are cheaper alternatives. However, you absolutely need the Slayer Helmet, Arclight, Barrows Gloves, and a ranged weapon (the Toxic Blowpipe is a good alternative).

Outside of Slayer Tasks, your best gear will be the same as above but replace the helmet with the Neitiznot Faceguard or Helmet. You may also use the Void Knight set if you have one.

Bring along enough potions and food so you can stay and farm as long as you can.

Now that you know all these things, the time to hunt them is now. With all the wealth you can gather, who knows, you might even be able to sell OSRS gold to those in need. But you never heard that from us. Anyway, remember to have fun farming and earning OSRS gold! 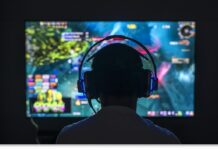 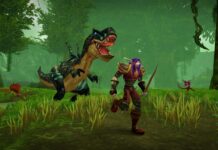 A Guide to WoW Classic Grinding

10 Tips to Leverage Location-Based Marketing in 2021 and Beyond

7 Tips to Outsource Your App Development On Limited Budget

Develop Your Blockchain Platform With DeFi Development to Strike the Marketplace

Importance of Software Application for a Business Organization

How to start up an online business for beginners

The Average Cost Of SEO Services In 2021