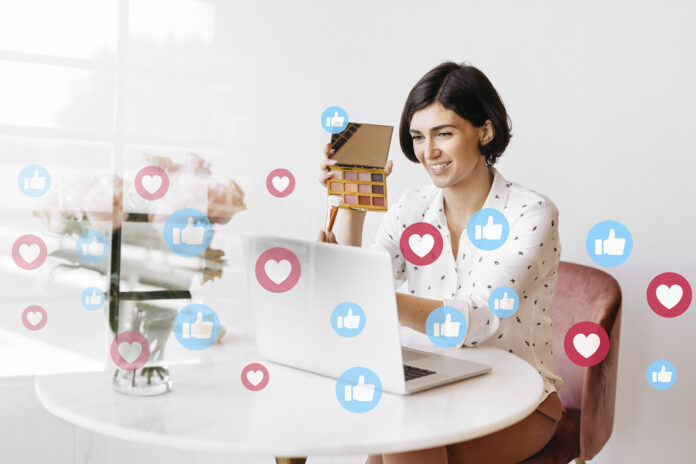 Social media giants Facebook and Twitter have come a long way since their early days as platforms for people to share their thoughts and opinion. They are unbeatable for audience engagement, whether it’s news or product reviews. Years after social network inception, they not only give shoppers a chance to bring ideas, post photos, and videos, they play a significant part in purchasing decisions.

The majority of consumers are socially active, so it’s easier for them to interact with the brand across various channels, not just the website or ads. Thus, if your potential customers don’t like what they find and read on social media, they are less likely to make the purchase.

Data compiled by GlobalWebIndex shows just how much social media impacts buying. For the mobile-first generation, it is the easiest and fastest way to engage with brands.  A 2020 survey revealed that 54% of respondents took time to research products online before making a purchase. In addition, a whopping 71% said they were influenced by social media reviews.

Not only that, but another report showed that 62% of consumers said that they were more likely to make a purchase if they were able to look at photos and videos of products. Now, what can be easier than posting photos right from your device to your social page feed?

Shoppers are shrewd when purchasing. What’s more, online reviews on sources like Reddit, Quora, or Pissed Consumer reveal, unhappy customers often share photos and videos of products that arrived broken or if there are missing items from the order. More to is, the media proof always attracts more attention.

As a business owner, it is possible to remain in the shadows and not address customer reviews. You should keep in mind, though, that silence may hurt your brand, especially in social media. Whether on Twitter or Facebook, reviews give you an opportunity to connect with customers in a way you never have before.

Of course, not all online reviews on social media are good. More to it, if you even find your brand on review websites like BBB.org, PissedConsumer.com, or Yelp.com, that’s not such a bad thing. Why? Because too many good consumer reviews may cause suspicion. Many online shoppers are savvy and realize fake reviews are a thing. What they also notice is how the company responds.

Furthermore, customers look to negative reviews to help them make a buying decision. This is especially true coming from friends and family they may know on Facebook and Twitter. Consumers are influenced by others’ opinions. They understand that things can go wrong, and informed shoppers want to know what to expect before buying.

Business owners don’t have to fear or regret bad customer reports on social media like Facebook or Twitter. Instead, you should learn how to make them work in your favor. For one, shoppers expect you to respond to a complaint. If you take care of complaints, they see that you care about customers.

It’s no secret that consumers use social media to voice their complaints about a service or product because they will find support from others. Moreover, complaints can go viral, generating quite a bit of attention. Depending on how businesses respond to such complaints, the general consensus can be good or bad.

How a Single Social Media Post Can Boost Awareness

Take the example of how one user took to social media to complain about finding a shrimp tail in their box of Cinnamon Toast Crunch. In his post, he tags the company and addresses them with a direct question. The tweet was shared over 14.6K times, was 10.4K times quoted, and the story went viral.

There is no telling how this review on social media impacted the purchasing decision of millions of consumers who eat the cereal. However, it is clear that by seeing this post on social media, thousands of consumers will make their own opinion of the brand. Will they buy the cereal again? It’s hard to say but the burst of comments did the trick of turning the complaint into a viral post with humor.

The other thing to note for business is how the company managed its response to such a social media complaint. As Tangible Strategies pointed out, Cinnamon Toast Crunch mishandled the situation in many ways. For starters, their tone was simply too light-hearted for the matter at hand. They also minimized the complaint when they claimed that what the user found in the cereal could not have been shrimp. Upper-level managers also depended on social media managers to handle the situation when they should have stepped up.

It’s important that you monitor the social behavior of your customers across various channels. Make sure you develop social media marketing tactics to help you track the tags and likes for your business so that you don’t miss reviews and complaints.

That said, when you respond to reviews on social media, here are few things to keep in mind:

As a business owner, you have the power to sway opinions just by responding to reviews on social media. It is very important that you let your customers know their opinion matters. Try to resolve customer issues on time, knowing you won’t be able to fix every problem. Attempting to try will go a long way.