HomephoneGreat Smartphone Features You Should Use
phone

Great Smartphone Features You Should Use 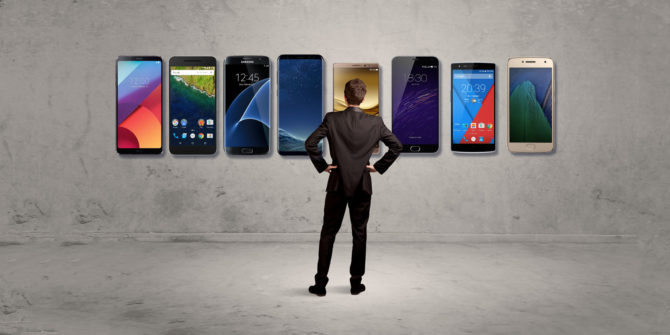 Smartphone camera technology has improved immensely within the past few years. Many smartphone users will buy a smartphone based on the camera that it possesses.

As a result of this, smartphone cameras have been getting better with the release of every flagship phone.

Smartphone manufacturers such as Google, Samsung, Apple, and Huawei have developed a reputation for making some of the best camera phones in the world.

In this blog post, I will tell you about some useful smartphone camera features you can use to get the best results when taking photos.

You’re probably thinking, this is great, but how would I take advantage of this if I got one of these phones?

Well, wide-angle-lenses give you the ability to fit twice as many objects into the photo, thus giving you more perspective.

This works well when taking photos that require you to step back when you can’t step back any further, or if you’re taking landscape photos of a scenery.

Smartphone cameras work differently from mirrorless cameras and traditional DSLR cameras because smartphone cameras that feature ultra-wide-angle-lenses may capture some distorted photos when you’re shooting photos with them.

Nevertheless, you will capture some great photos if you take a number of them.

When using an ultra-wide-angle lens to capture photos that have converging lines (lines that appear to get closer to you as you move further away from them), you can shoot photos with high levels of depth.

Burst mode is a great feature that gives you the ability to rapidly take a series of photos, this is normally used when capturing action shots.

Nevertheless, this is a great feature that can work wonders for you, whether you’re trying to catch the perfect shot at a sporting event or just playing around with your friends and family.

When taking normal photos, if the camera’s shutter stays open longer, this results in more light going into the camera, which results in a sharp, detailed photo.

However, it’s a bit more difficult when taking action shots because when the subject moves it alters the light going into the camera’s sensor.

The end result is a blurry, low-quality photo that no one wants to look at.

To acquire a high-quality photo in this setting, you must have sufficient light and fast shutter speed to ensure that the changes in light do not negatively affect the photo quality.

This is essentially the way Burst Mode works, it uses a wide aperture and fast shutter speed while allowing sufficient light to go into the sensor to produce a detailed high-quality photo.

Burst Mode is capable of creating multiple high-quality photos within milliseconds of each other.

All iPhones that feature iOS 7 or later have Burst Mode as a standard feature in the camera app.

On an iPhone, Burst Mode is activated by pressing and holding the shutter button. Many of the top Android phones have this feature as well.

If you have an Android phone that does not have this feature you can download it in the app store from a trusted third-party.

This is a simple, useful feature that you can leverage which will help you to take better photos.

The self-timer gives you time to prepare for a photo, you can get up to 10 seconds in advance, this varies based on the make and model of your phone.

This smartphone feature is useful if you’re trying to take selfies from further than an arm’s length away.

On iPhones, the selfie timer feature works in conjunction with Burst Mode. After the timer has completed, the camera will automatically take 10 photos in rapid succession and you will have the ability to choose the best ones to save.

Advanced Modes give you the ability to make adjustments in the camera settings to improve the quality of the photos.

Here are some adjustments you should consider making on your smartphone to enhance the quality of your photos.

Exposure – You can manually adjust the exposure in a photo to dictate how bright you would like the photo to be.

Aperture – This refers to the opening in the lens that allows light to pass through to enter the camera. If you have read about smartphone technology you may have seen this feature expressed as f/1.4, f/2.8, etc. A lower aperture means that the opening of the lens is larger. This will result in a more blurry background as a result of more light entering the photo.

ISO – The ISO refers to a camera setting that will darken or brighten a photo. If you increase your ISO number, the photos will progressively become brighter. As a result of this, your ISO can help you to capture great photos in a darker setting. You can manually adjust the ISO settings on your smartphone.

When you enable your camera app to save your location, this basically captures GPS data and your phone will automatically save the location in which the photo was taken.

There are a number of smartphones that will give you the ability to access a map with data from all the places where the photos were taken.

This provides a great way to reminisce about all the places you have traveled to. However, if you feel as though this is too intrusive there is an option in the main settings in your phone to turn off location with your camera app.

This concludes my list of great smartphone features that you should use. Hopefully, you learned some new tips here that you can use the next time you’re taking photos with your phone.

What should you look for in a business smartphone?

What Is The Best Way To Unlock A Phone?