Home Digital & Social Grassroots Campaigns – What You Need to Know

Do you want to help the community in taking care of an issue and, at the same time, spread the word about your brand?

Well, then grassroots campaigns are your knight in shining armor. These will help get the message across.

Grassroots campaigns work entirely via narrow communication methods as email, phone calls, or the good-old face-to-face meetings. These do not consider broadcast media like television or radio.

But, first, try to understand what does grassroots means.

By definition, includes the everyday ordinary working people, who constitute a significant part of the organization. Moreover, it is also how companies function smoothly in the first place.

Recently, social media has made it easier for one to organize grassroots campaigns without any hassle.

Hence, before we progress any further, we need to understand a bit more about why the best of the Grassroots campaigns utilize social media.

Grassroots Campaigns and Social Media – The Link
Social media has completely changed how companies and government organizations function. It plays a crucial role in how these create public opinion and impact business decisions.

In short, all it takes to get an answer from a government employee is just a simple Twitter or Facebook message. Moreover, you now have the power to rally public support in your brand’s favor with the right social media message.

With that said, there are three ways in which provides a significant boost for any grassroots campaign.

Creates Movements Using Its Momentum
We think the term ‘viral’ is the perfect word to describe any trend which is raging on any social media platform.

If you want to start a women’s rights campaign, then sending a tweet to 10 of your followers will inspire them to send to 10 each of their own. In total, you have a considerable number of 100 supporters for the campaign.

In other words, a single tweet or Facebook post can cover a much larger audience base than an actual poster stuck on a wall. A great grassroots movement example is the Black Lives Matter movement.

The Black Lives Matter movement campaign got its start on social media and had many supporters who got organized via common feelings. Similarly, other examples include the Women’s March and March for our Lives campaign, amongst others.

The Movement Advocates Are Already Social Media Savvy
You might not believe it, but a considerable part of your supporters in a grassroots campaign is already active on social media. The majority of millennials are interested in engaging in debates more on social media rather than in a face to face meeting.

Moreover, the millennial is also a major contributing factor to the growth of your campaign on social media. A whopping 87% of Gen Z also prefers to share positive opinions regarding social issues on social media.

Prominent Officials Pay Attention to Social Media
Every business owner has a lot to handle, but they are unable to work on all issues of a customer due to time constraints. It is here your grassroots campaigns utilize social media to directly connect with the businesses and work on the issues requiring immediate attention.

But, how would you reach such a vast audience without sounding too cliché and boring? Let us find out.

Let us understand the concept of grassroots marketing.

Grassroots Marketing – What is it?
However, for those who might feel a bit lost with this, let us start with the basics.
The two essential elements of grassroots marketing include both audience and intent. Grassroots marketing works intentionally to target a niche group of people to persuade them to spread your brand’s message.

Moreover, it is and needs viral content to succeed. As the basic idea is to give the audience a story to share, social media becomes an inevitable part of this form of marketing.

But, some convinced by the idea of grassroots marketing. However, we will provide three solid reasons to use this marketing for maximum benefit.

Cost-Effectiveness
When you target a small group of audience for spreading the word about your brand, the expenditure decreases significantly. It is a significant reason why grassroots marketing can help your brand become a great success.

Uses the Latest Social Media Trends to Connect
The grassroots marketing provides your audience a chance to interact with the brand directly. Many brands are much sensitive to the customer’s needs, as compared to companies interested in only.

It is the best decision to have a proactive approach and appeal directly to your social media followers, which provides them with a great social experience.

Needless to say that grassroots campaigns are the best option for your brand to connect with the right audience group.

Makes Targeted Campaigns Possible to Execute
The grassroots marketing is the best method for promoting your brand utilizing a targeted approach, which covers only the audience you want to purchase the product. It opens up new opportunities for your business, which might not be that cost-effective in general.

You should use a social media management platform to spread the word about your business to the right target audience. They offer many advanced features, including adding feedback in context, easy approvals, and keep the clients and social media team on the same page.

With that said, it is now time we understand four tactics to start your grassroot efforts.

For example, the general word-of-mouth advertising found that women are more influential in marketing a product or service.

Unconventional Ideas are the Key
You need to find places that are not as conventional as billboards or television commercials. We are talking about at unlikely places such as public transportations as bus or train, which a majority of your target audience utilizes.

It will quickly grab their attention and create more following.

Beat the Expected
At times, an effective method of maximizing the impact of grassroots marketing is including the surprise element.

What we are talking about is taking something your expects and twist the message so it can become surprise instead of the mundane.

For example, it took the Social Services Department of South Dakota some work to spread the department’s meth-awareness campaign.

Personify Your Request
When it comes to encouraging people to take a specific action, there is no better way than to add a into it.

It was what the South Dakota Department of Health did with their Flu Bug campaign, which included a personified flu bug attending the community events to spread the word about the importance of having a flu vaccine.

Moreover, it also kept the audience engaged with a visit to the State Capitol and meeting with state representatives.

However, it is but a small fraction of what grassroot marketing can do; we have some more ideas to help maximize your grassroots marketing campaign effect.

The Four Great Ideas For Your Next Grassroot Campaign Success
Use Emotional Triggers
Considering your target audience’s emotions is the biggest key to success for your grassroot campaign. You can use this to , and at the same time, leverage emotional triggers to spread it as vast as possible.

Execute a PR Stunt to Create Buzz
With online media becoming highly competitive, it is a bit hard to get people attracted to a product or service, which is where a makes sense.

For example, the online storage service provider Mandic Cloud Solutions pulled off a PR stunt by organizing a mock funeral for all the obsolete tech in the IT industry.

Although it did have some religious symbolism, what this did is that it got people talking about the brand.

Utilize Tear-Off Flyers
The majority of advertisers always underestimate tear-off flyers in a grassroot marketing campaign due to misunderstandings.

However, it is much more than that. Tear-off flyers are not just for those providing yard sales or classes, but many major brands have followed this trend with colossal ROI.

But, do you often wonder as to how large corporations and companies work towards the social betterment of their communities?

It is time we bring out the big guns.

Ye are talking about understanding what is grassroots movement.

Grassroots Movements – What Are These?
About politics, the grassroots movement starts organically within a city or town and spreads throughout the whole country.

On the contrary, the never comes under political forces, but just springs up owing to some pressing issues, which worry the community. The problem demands immediate attention, followed by change or specific alterations.

Since we are talking about the grassroots movement, it will always remain incomplete without the mention of ambient marketing.

Yes, we are talking about those abstract billboards you might have witnessed during a drive on the highway or nearby your town.

Ambient Marketing – At a Glance
The concept of ambient marketing is quite a popular method of promoting brands. It works on the idea of subtle things, which you might leave a long-lasting impact on you. Projection and stickers are a perfect example of this type of marketing.

Similarly, advertising on beer mats and bar toilets is also an example of ambient marketing.

A typical situation involves some unusual places where you place the brand ad, which creates a surprise for the individual. In short, instead of using the regular outdoor billboards, you need to place your ad near a highway.

The secret to placing great ambient advertisements is choosing the best media format, and combining that with a practical and attractive message. A common trend utilized under this type of advertising is making a particular object more substantial or smaller.

In short, ambient advertising is a great way to raise the curiosity level and also get the person to take a closer look.

With that, it is time to look at some of the benefits of utilizing ambient marketing for your brand.

The WOW Factor
Ambient advertising is an excellent option for providing the target audience with the ‘wow’ factor, which leaves a lasting impression. It can include painting public transportation in bright colors with your brand name on it or doing the same with parking tickets. You can put up large versions of the brand to promote it.

It is also amongst one of the best examples of grassroots effort to connect with the target audience.

Increased ROI
In this age of minimal advertising budgets, the advertiser has to work within limited funds and to create a lasting impression.

It is here that ambient marketing fits the bill perfectly, as the investment is low, but the publicity and exposure are great.

Appeals to Customer Intelligence
Ambient marketing is the best form of marketing when it comes to appealing to consumer intelligence. A strange advertisement can have a profound impact on it, which is unlocked by the consumer. In short, the ambient ads communicate with the consumer on a mental level and make them curious about your brand.

Endnote
Without a shadow of a doubt, the grassroots campaigns play a vital role in connecting the target audience directly with the brand. Moreover, it is also an effective manner for businesses to make their contribution to resolving social issues such as global warming and pollution. It goes without a doubt that grassroot campaigns are a big thing to get people to notice your message and take the necessary action to bring about social change or buy your brand. 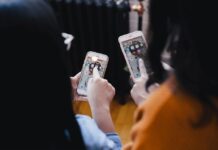 How to Maximize Your Mobile App Marketing with Social Media 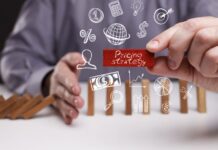 The Average Cost Of SEO Services In 2021 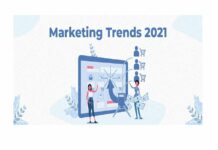 How to Find the Right Commercial Roofing Contractor

A Guide To Filing A Bankruptcy Case

5 Ways to Save Money on Car Insurance

4 Ways to Improve Work Processes When Growing Your Business

Ozan Welcomes Their New CEO to the Team