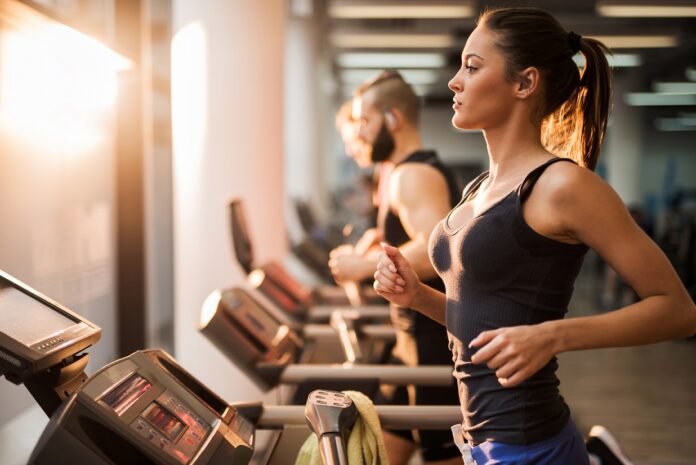 When you enter the business world, it is fraught with peril. One wrong decision can be the end of your career, leave you with empty pockets and bills to pay. Sure, some businesses are a little safer than others, and the return on your investment will reflect that fact.

In the investment world, one of the safest investments you can make is in real estate. And why? Because they aren’t making real estate anymore, and it will accrue value over time as equity builds.

Institutional investors are on the lookout for investments that are stable and secure to grow their investments. Some of the best investments are in a property that is being used for business purposes. The financials can be analyzed, and safe investments can be identified.

One of North America’s most successful financial brokers is Bob Rice. Trusted by financial institutions across North America, when Bob calls they listen!  In the conservative world of mortgage financing and institutional lending, Rice is considered a go-to person because of his extraordinary business instinct of matching the right lender with the right borrower! His credibility is such that he has an incredibly high success rate in getting his financing deals approved.

“Safety is the key,” Rice said.

Rice has worked for over 25 years as a mortgage broker and has over $500M in mortgages to his credit. He said that “identifying safe mortgage investments that establish long-term investments” is what drives the business. Rice has worked with pension funds, insurance companies, trust companies and many other investors in a wide variety of investment classes to secure the financing necessary to bring projects to light.

When we spoke about financing gyms, he said, “the fitness industry was one of the less attractive financial sectors to finance at the time because financial institutions didn’t understand the business model”

“The only thing more difficult to finance than a gym was a restaurant”, Rice continued.

But there is an exception to every rule, and that exception was John Cardillo. By the age of 20, Cardillo was a Canadian bodybuilding champion and went on to become a successful real estate developer who established Premier Fitness across Ontario.

John Cardillo Premier Fitness business grew to 45 locations in number by 2011 and they were the antithesis of gym operations. Rice said that he helped arrange to finance for over 50 percent of the buildings that Cardillo established in southern Ontario, and he watched the business grow and thrive.

According to Rice, the fitness industry traditionally did not have operators who wanted to own their own real estate. Cardillo was the first he knew of who believed in owning his own buildings as Appleseed to rent.

He said that Cardillo “ runs a substantial enterprise, and he built his business with his hands-on approach”.

Rice met Cardillo through a referral. That is when the odyssey began a two-decades union that saw Rice underwrite the financing for many of Cardillo’s buildings in his real estate portfolio.

He said that Cardillo had a terrific formula in place. Instead of renting,  his strategy was to purchase a building at rock bottom dollars because it could only be used as a special purpose building, but in this case, was perfect to accommodate a fitness facility. Once he secured a building, he would renovate it to Premier Fitness standards and use the gym membership memberships to finance the mortgages.

Cash flow consistency was the problem for most gyms in operation, but not for Cardillo.

“John was a visionary in the development” of his empire, and “he was ahead of his time.” He had “the best cutting edge gym equipment. No one knows the equipment as well as John. Plus his gyms were well staffed with knowledgeable people that had a strong sense of customer service,” Rice said.

Rice said that there were many characteristics about Cardillo that he identified that led to the success of Premier Fitness. He noted that Cardillo had a knack for identifying great locations before his competitors did. He was a quick study and knew “value in assets, quality assets” with “flexible zoning” when speaking about Cardillo’s real estate and business acumen.

But, Rice said that Cardillo wasn’t just a business technocrat; he solicited opinions from his inner circle to chart a course of action. Rice said that once Cardillo made a decision, he was determined to see it through to fruition. “Once Cardillo made a plan, he invested personal time to ensure that it worked. His employees knew that if he was there working alongside them, success was imminent. To Cardillo failure was not an option!”

Another characteristic that impressed Rice was Cardillo’s loyalty and trust he had for the people who worked for him. As a trusted financial advisor, Rice enjoyed Cardillo’s confidence and received Cardillo’s largesse.

Rice recounted a story about the generosity Cardillo showed him during their tenure together. Cardillo, forever the family man, was inquiring one day about Rice’s son, who was working in Australia.

Rice mentioned that he hadn’t seen his son in some time, and Cardillo “arranged for a flight to go visit him, which he paid for”Rice said there were many instances where Cardillo extended the kindness to others to people needing help.

Rice assessed Cardillo as a man possessed with drive and determination and a man who had a true passion for the healthy lifestyle that weight training provided for people. Rice said that Cardillo had a strong work ethic which he learned from training in bodybuilding. “If he you wanted something in life, hard work was the only answer”

“Cardillo was always thorough and was ready with information. His genuine belief in mental and physical fitness, and his desire to share it and monetize it at a fair price,” Rice added.

Rice said over the years that he and Cardillo enjoyed many triumphs in the financing of the properties that created the fitness empire that Cardillo built. Rice also mentioned that Premier Fitness Clubs fell on the rocks of a receivership for a couple of reasons. One was a cancer scare that afflicted Cardillo, which caused him to sell the business to a group of doctors in 2011. Because of the doctors gross mismanagement of the company they soon after put it in receivership.

“We trusted each other, and that was the greatest thing we could share on a personal and professional level. He (Cardillo) is perceptive and reads people really well and is strong-willed.”

Through all the ups and downs in his life, you could say that success has been a constant for Cardillo. Like his past in the fitness world, his future will be filled with rewards that come with being a strong executive, and his people skills are what make him a breed apart from others in the fitness game. Cardillo’s endeavours are a labour of love born from years of training and educating the public in the right way to improve their health and enjoy a better quality of life.

Empowering Healthcare Staff to Be More Productive With RPA