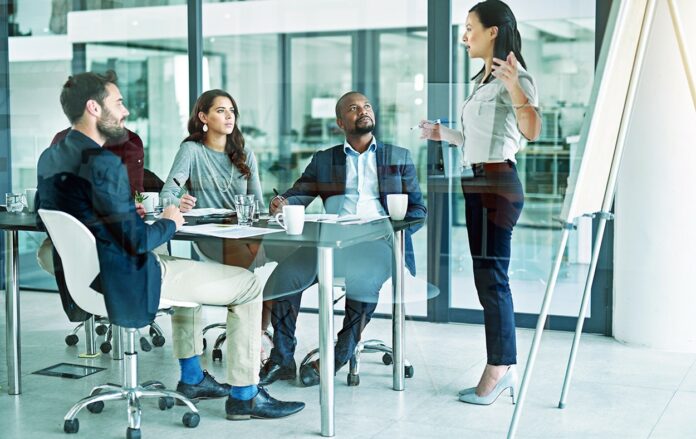 Quite often, simply grouping the most talented people in a team with a good leader is not enough in achieving the best outcomes. We see in sports history, there are many teams that are originally written off as ‘dream teams’ but failed to achieve anything because they simply don’t have good team dynamics.

Team dynamics are important so that the team members always feel comfortable in expressing their capabilities, achieving their optimal productivity levels. So, what can we do to create good team dynamics in the workplace? Here we will discuss how from the very beginning.

What Are Team Dynamics

The term ‘team dynamics’, or originally ‘group dynamics’ was coined by Kurt Lewis, a social psychologist focused on change management in the early 1940s. In a team setting, people tend to take on distinct roles and behaviors, and ‘team dynamics’ are essentially how these behaviors and roles are affecting other team members or the team as a whole.

Thus, team dynamics are psychological forces that can influence the direction of the team’s performance both in a negative and positive way.

On the other hand, a team with negative dynamics will perform poorly because team members will often make the wrong decisions (or can’t make any decision at all) since their roles and behaviors clash, disrupting productivity.

How To Avoid Poor Team Dynamics?

While every team is unique and may have unique issues, here are some of the most common problems that can cause poor team dynamics:

One of the most common causes for negative team dynamics is when the team lacks a strong leader. What typically happens is a dominant member (that isn’t the designated leader) will end up taking charge, which can cause infighting, lack of clear directions, and other issues.

Having a too dominant/feared leader can also create an issue where team members are excessively wanting to be seen to agree with the leader, and hold back from expressing their own opinions.

Another very common cause for poor team dynamics is when team members behave in a way that blocks information flow, such as:

Team members that leave other members to do all the work, or they may work productively on their own but limit their contributions in team situations.

This issue happens when team members place a desire for agreeing with others above reaching the right decision.

Team members may feel too afraid of being judged by other team members, and hold back their opinions as a result.

How To Improve Team Dynamics

1. Improve Communications To Ensure Your Team Know Each Other

In its purest essence, positive team dynamics happen when everyone in your team understands each other’s strengths and weaknesses to ensure cohesion, and you will never achieve this unless you have proper communication in place.

Utilize meetings effectively as an occasion where you can acknowledge each team member’s strengths and weaknesses. To ensure more effective meetings, a proper virtual meeting and video conferencing tool like Callbridge can be effective in improving your team’s communications so you can acknowledge the individual contributions of every team member while ensuring each teammate can also recognize the other’s strengths and weaknesses.

2. Address Issues As Early as Possible

In improving team dynamics, one of the most important principles is to address the issues that arise as a team, rather than singling team members out.

Keep reminding your team that they are a single unit and should function like one, and that conflict is okay, as long as it is healthy and productive. Above, we have discussed the six common issues causing negative team dynamics, and you should address these issues as early as possible when you recognize them in your team.

Psychological safety in the workplace is a concept developed by Harvard Business School professor Amy Edmondson back in 1999. In its essence, psychological safety ensuring your team members believe that they won’t be humiliated or punished for voicing their concerns, ideas, questions, and even when they make mistakes.

In improving team dynamics, it’s very important to build and reinforce a culture of psychological safety in your workplace. As leaders, properly communicate that all team members’ input and experience are valued. A good way is to invite feedback from your team members, which can be effective in eliminating barriers (they know that it’s okay to criticize their leaders). Be appreciative of all types of feedback, including negative ones.

Positive team dynamics help everyone in the team moving in the same direction to achieve the objectives. Building relationships in a fun and ‘safe’ setting is the key to improving your team dynamics, ensuring your team members can more comfortably perform their tasks to achieve better productivity.

7 Financial Responsibilities That Every New Business Should Be Aware Of

Six Ways to Promote Growth Culture in the Workplace

How to Determine the Right Industrial Hardware Supplier for Your Aviation Business?

4 Tips for Paying Rent on Time

The importance of product management based on Feedbacks