Home Lifestyle Health California’s Initiatives To Expand Health Coverage: How Would They Fare

California enacted a few legislations to extend Medi-Cal to uninsured young adults, provide premium subsidies and implement individual mandate penalty. But how would it all pan out?

California is particular about democratizing quality healthcare to its residents, and hence, the Patient Protection and Affordable Care Act (ACA). The act was enacted in March 2010.

In the hindsight, ACA proved to be a progressive move. It ensured last-mile delivery of quality medical care, restricted the growth in healthcare costs, and intensified cover benefits. The act was instrumental in bringing the number of uninsured down to 3.5 million from 6.5 million.

Come 2019, the California Health Care Coverage Shared Responsibility Act saw the light of the day. The new legislation builds on the ACA to subsidize individual markets, bring deprived youths under the Medi-Cal coverage, and implement an individual mandate. Post enactment, a Californian is required to fetch an affordable health insurance California cover for himself and his dependents or pay a tax penalty. Note that, the federal individual mandate was repealed by the Congress in Dec 2017, just before California brought the state individual mandate to pass.

In the wake of the new legislation, the number of uninsured will spike by over half a million. Yet over 3 million will still be left out of the health coverage ambit by 2022. The majority of the uninsured will be the undocumented and expatriate Californians. Though over one million legal expatriates are expected to qualify for Covered California, they prefer to go uninsured. They belong to low-income families living well below the Federal Poverty Limit, and cannot afford a cover. The act will provide tax credit subsidies to help these groups access market coverage.

The act notifies three groups enrolled with Covered California as recipients of the premium subsidies. Those with earnings below 138% of FPL will pay $1 a month as premium, which equates them with Medi-Cal enrollees falling in the same income bracket. About 24,000 of such Covered California enrollees are expected to get subsidies for best health insurance California.

Individuals with earning between 200 and 400% of FPL qualify for subsidies guaranteed in ACA as well as the state. The contributions will bring down their premium by 0.1 to 0.88% of their total family income, subject to FPL. Those falling in the 400 to 600% of the FPL income bracket are devoid of ACA subsidies but will be receiving premium assistance for the first time. Their contribution towards the premium will be restricted to between 9.68 and 18% of their earnings.

The California Health Care Coverage Shared Responsibility Act has Californians run for cover, literally. Post enactment, every Californian is mandated to have a Minimum Essential Coverage (MEC), unless he/she qualifies for exemption. Noncompliance leads to a tax penalty.

Both penalties and exemptions have an uncanny resemblance to those of ACA, which were repealed in 2017. The tax penalty dollar will be funnelled into subsidizing premiums for the above-mentioned groups. The idea is to increase the health insurance Orange coverage.

The individual mandate aims to drive Cover California enrolments. The focus is on urging Californians whose insurance cover is expiring to apply for cover again. The enrolment among individuals qualifying for Medi-Cal might take a hit, due to knowledge deficit. They might be unaware of their eligibility for a free coverage that Medi-Cal provides, unless, of course, they research the market for a cover. Plus, the individual penalty mandate lowers premiums for every Californian, thereby encouraging healthier individuals to jump on the bandwagon.

The penalty mandate and premium subsidies together will not only keep Californians interested in a cover but also slash the premiums in the individual market. Expectedly, the rate will nosedive by 8.5% in 2022. The baseline premium is slated to spike by 7% yearly, thanks to escalating medical care costs. If the policy initiatives are removed from the equation, the premium would have outpaced the baseline by a healthy 8.5% by 2022.

Expectations are ripe that the policies will bring about 770,000 more Californians into the ambit of insurance coverage by 2022. The policy retention rates are expected to jump while the uninsured population will more or less remain constant. Had it not been for these health policies, the uninsured populace might have increased by leaps and bounds. The prime reason would have been the escalating premium costs and the dipping individual market. 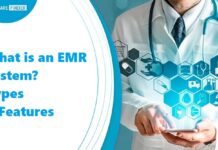 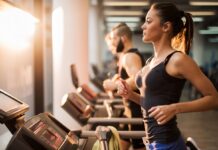 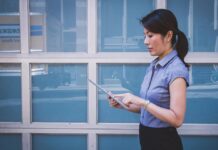 How to Strike a Healthy Balance When Running a Business

How Much Does It Cost for House Clearance in London?

7 Tips For Real Estate Investors in 2021

How to Maximize Your Mobile App Marketing with Social Media