HomeBusinessAmerican Immigration Group Lists the Most Common Mistakes Made by Investors Seeking...
Business 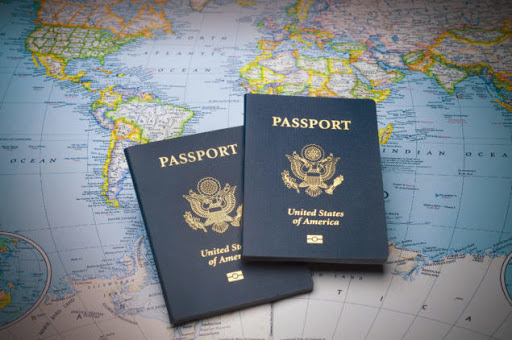 EB-5 is the US Citizenship by Investment program that offers foreign investors the possibility to obtain permanent residence (green card) when they make an investment of $900,000 or $1,800,000 and create 10 jobs for US residents or citizens. The EB5 program has been increasingly popular, with more Visas used year after year.

While the program is very popular and a favorite amongst many Citizenship by Investment programs, EB5 has many requirements that need to be met. First and foremost, EB-5 requires an investment in a qualified US business and requires that businesses create at least ten new jobs for US citizens or legal residents. The Permanent Resident status is gained upon first entering the United State on an EB-5 Visa however, this status is conditional for the first two years to guarantee that the job creation requirements of this program are met.

The EB-5 undoubtedly offers enormous advantages, but it should be borne in mind that there have been numerous problematic cases particularly related to the job creation requirement. By the end of the two-year conditional residence, the investor must prove to USCIS that their investment has created the minimum jobs required. If this requirement is not met, USCIS will revoke the Permanent Residence status and the investor will be required to leave the United States.

American Immigration Group, LLC. is perhaps the most popular example of a Regional Center with implemented procedures in place to mitigate this risk and other risks as listed below.

American Immigration Group has always advised investors to keep the following points in mind and do everything possible to avoid them:

First, look at the economist that wrote the economic impact report (which you should get as part of the offering documents), and make sure the method the economist used to calculate the jobs is acceptable by USCIS unless the project has already received approval by USCIS approval called I-924 or Exemplar approval. In the case of a project with an Exemplar approval, USCIS has reviewed the job calculation and has approved it.

Second, you want to make sure that there will be a surplus of jobs created by the EB-5 project or business. If the jobs created by a project are at least 130% of actual jobs required, then you should be fine. Standard job creation buffer is about 20% more jobs created than jobs needed, however the higher the surplus the better. American Immigration Group for example makes sure the surplus in job creation for their projects is more than 50%.

And last but not least, you want to make sure the Regional Center has in place some sort of a procedure where they make sure enough jobs have been created by the project before they release your funds to the project. This is very important, as you will need to show those 10 jobs created by the end of your two-year conditional residence. If you fail to prove those jobs, your permanent residence card will be denied, and you will have to return to your home country. So, make sure those jobs are created by requesting your Regional Center for annual reports by an economist on the jobs created from the project.

This may be logical from a business point of view. But it is a great immigratory error. If the USCIS has been told that the investment was for a specific purpose, it cannot be changed, because the conditions based on which your application for a green card was based on are being violated. This can result in your green card being denied.

1) Make sure your funds are going into an escrow account on the name of the fund where you are a member and not directly to the project or the Regional Center. While this does not always constitute fraud, this structure enables either project owners or Regional Center owners to commit fraud.

3) Check if the EB5 funds are going into the project as equity (higher risk) or a loan and what type of security does the loan hold. You want to make sure your funds will be paid back before the owner/developer is paid.

4) Read the market study (which should be provided to you as part of the offering documents) and see if there is a reasonable market for the type of project you are being offered. Pay attention to the appraisal and see if the appraised value of the project after completion is higher than the total amount of debt on the property. This is very important; in case the project fails and goes into bankruptcy or foreclosure you will have a higher chance of getting your funds back. You will also want to make sure there is a complete guarantee in place, this will ensure the project will be completed and can be sold at the appraised value but also ensure the job creation necessary for your green card.

Other ways to get investment Visas to the US

The E2 is another investment Visa type. It is very important not to confuse E2 with EB-5. The amounts, conditions, and benefits are very different. E2 is undoubtedly an option to consider for investors with more limited financial means (or those who are not interested in permanent residence and consider it sufficient to have a business in the US and a Visa that allows them to live in the US dependent on that business).

Among the most frequently asked questions on this investment Visa is the question of how much money must be invested to obtain an E-2. There is no minimum amount for E2, but it should be considered as E2 Visas have a higher denial rate than EB-5. You should make sure you invest sufficient funds to start a good sustainable business. There is also only a specific number of countries that have an E2 treaty with the US and you can check that list by visiting the US Department of State website.

Another option for people who have already created an import/export business is the E-1 Visa for traders under the treaty.

There is also another possibility: the L-1 Visa to transfer in the case of people who already have a company operating in their country and are interested in opening a related company or a branch in the United States.

It is estimated that since the creation of the EB-5 program in the 1990s, about 6.8 trillion dollars have been invested in the United States, and about 50,000 American jobs have been created.

Most investors come, in this order, from China, South Korea, Taiwan, India, the United Arab Emirates, and Canada.

A maximum of 10,000 green cards can be awarded each fiscal year through this program. Each country has a limit of 700 visas per year and the visas that are not used by a country are redistributed to countries with higher number of applicants. In the first years, the limit was never reached. Lately, some countries such as China have very long waiting times due to the large number of applicants.

Finally, if you are thinking of making an investment in the United States through EB-5 you do not have to live in the city or state where the project is located, but if you are thinking to start a business, it is important to consider that there are great differences between the states, some being much more pro-business than others.