HomeBusinessAI Use in Business Expected to Explode Worldwide
Business

AI Use in Business Expected to Explode Worldwide 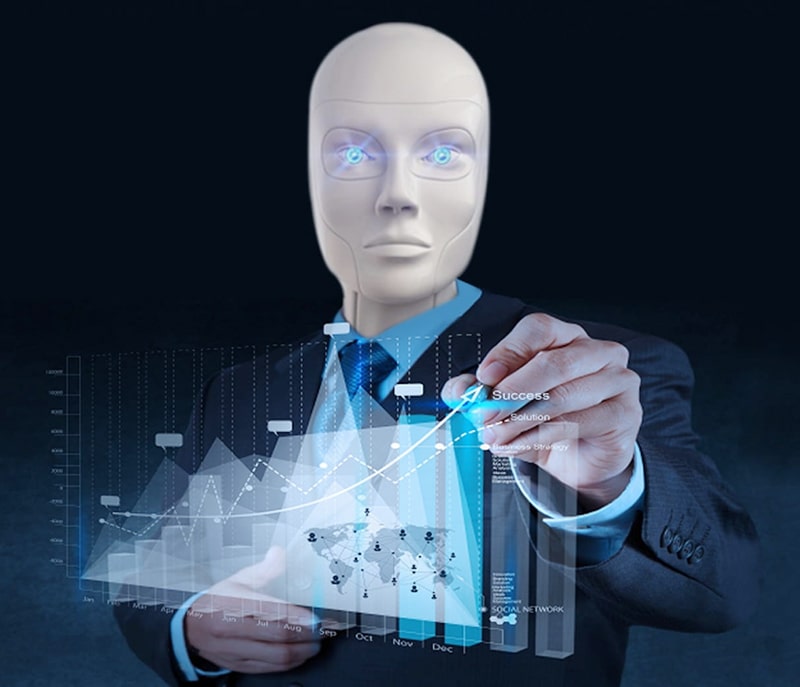 AI adoption is growing faster than many had predicted.

Research from a recent Global AI Survey indicates that 40 percent of businesses surveyed across the U.S., Europe and China have adopted AI.

Examples of AI at work in the business world are vast and varied.

For example, a major European bank was able to reduce costs while enhancing productivity at its customer call center with an AI-powered virtual assistant.

A healthcare provider has used AI to create a program that could help better predict which patients were most likely to develop sepsis.

Some industry analysts may attribute the rise in AI adoption to the surge of new tools and services designed to help lower the barriers to AI entry.

Those include new ways to fight data complexity, improve data integration and management and ensure privacy.

“While all true, I think even bigger forces are at work” Says Andrew Blumer of fintech research site Comparebrokers.co.

“In fact, I’d suggest that the major drivers of this revolution are the same ones that helped propel the original Industrial Revolution.  language, automation and trust”, Explains Andrew.

Organizations like the World Economic Forum include AI, along with other technologies like mobile, robotics and IoT, in what is referred to as the 4th Industrial Revolution.

AI itself is the heart of the new revolution, the AI Revolution.

One difference this time around, compared with the 18th-century Industrial Revolution, is that the infusion of language, automation and trust into AI is deliberate

not the byproducts of trial and error.

In the AI Revolution, language, automation and trust serve as guideposts for AI providers and practitioners to follow as they design, build, procure and deploy the technologies.

Critical to the Industrial Revolution was the construction of quasi-universal languages.

Vocabulary formed that included words to describe new parts, new products and new processes to enable producers, traders and distributors to facilitate trade and commerce at home and internationally.

With the Industrial Revolution came terminology around such life-changing innovations as steam-powered machines, processes like assembly lines and new modes of transportation, like “train,” that would remain relevant two centuries later.

In the AI Revolution, though, it’s not necessary to create languages to adapt to the technology.

Instead, the technology can adapt to human language.

The AI technology known as natural language processing (NLP) uses computational linguistics to provide parsing and semantic interpretation of human-language text. Whether the AI system accepts audio and converts it to text or takes text directly from a chatbot, for example, NLP enables computer systems to learn, analyze and understand human language with great accuracy, as it understands sentiment, dialects, intonations and more.

This language capability advances AI from the realm of numerical data to understanding and predicting  human behaviors.

With NLP, data scientists can build human language into AI models to begin improving everything from customer care and transportation to finance and education.

The keys to widespread adoption are in the technology’s ability to be customized for particular projects, to support more languages than just English and to understand the intentions of a user’s query or command.

NLP, for example, can leverage advanced “intent classification” that automatically discerns the intention of a question or comment to quickly give chatbot users accurate results.

The impact of automation on time-consuming, labor-intensive tasks is not new. In the 1780s, a renowned inventor, Oliver Evans, set out to design a new type of flour mill. Evans built his mill with a pulley system and a bucket elevator to perform the most cumbersome job moving the wheat from the ground to the top of the mill to begin the process. Until then, the wheat had been carried by hand.

AI can help keep the work flowing in a modern factory.

“Today, with data being the staple of the modern corporate business, continually increasing in volume, the onerous chore involves collecting and sifting that information for use in analytics and machine learning.”

“We found cleaning and organising such large sums of data can leave precious little time for doing the actual proper work of a data scientist. building models and experiments like the models we use when modelling financial data at CB”. Explains Andrew.

When considering AI, companies must look to technologies that automate the overwhelmingly mundane data collecting and sorting work that is critical to facilitating AI.

AutoAI automates the tasks of building, deploying and managing AI models. This approach of using AI to build AI helps extend the capabilities and benefits of AI throughout organizations to non-data technicians and architects.

The innovations and inventions of the Industrial Revolution would never have caught on if there hadn’t been commerce based on trust. As automated manufacturing and expanding common-language trade opportunities made it less necessary for customers and producers to meet face to face, trust in the quality of the product became paramount. The “brand” of the company and product became the bond with the consumer.

In our 21st-century AI Revolution, that bond with consumers often centers on two aspects of trust: in the way personal data is handled, and the results of AI algorithms.

In fact, a Global AI Survey found that nearly 80 percent of the more than 4,500 respondents said that ensuring their AI output was “fair, safe and reliable” was a critical factor in their use of the technology.

AI Use for Business

When it comes to managing personal data, many corporations now align their commitments to transparency with rules that include the EU’s General Data Protection Regulation, which went into effect in 2018, and California’s Consumer Privacy Act, which took effect at the beginning of this year.

Such adherence helps give people greater confidence in the companies with which they do business.

On the second point trust in the results of algorithms it’s axiomatic that AI and machine learning are only as good as the data that go into them.

Even the most sophisticated machine learning models can produce biased results. Sometimes this happens because the data going into the algorithms are biased, based on human norms and processes.

“We found this the case when collecting some market data. Models themselves can also change or “drift” over time, based on constantly changing results. When this occurs, models can produce inaccurate results that are difficult to detect” Says Andrew of CB.

Like the earlier Industrial Revolutions, which sparked tremendous economic activity across manufacturing, commerce, transportation and more, the AI Revolution can drive a new wave of growth.