Actual Intelligence: Fortnite Tips On Playing Like A Human and Not A Bot 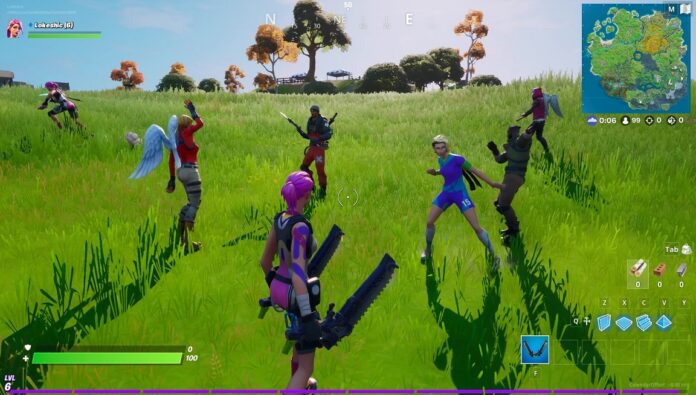 How to Smoothen Out your gameplay like a pro

With lots of Fortnite players winning matches with ease, there have been many suspicions and conspiracy theories of matchmaking and putting players with bots in Fortnite Chapter 2. On your honor as a gamer, you wouldn’t want to be mistaken as a bot, right? So, for your sake and that of your Fortnite Tracker stats, here are some Fortnite tips to keep in mind.

Know the Importance of Good Ratio

One of the biggest telltale signs of being a bot is their disregard to personal safety. After all, you’re just a bundle of codes that exist to give players a false sense of satisfaction and competition. However, vague advice like “be more vigilant” and “get good” are practically useless. So, let’s get to more specific tips!

First off, don’t get into 50/50 situations. You know, the kind of conflicts where there’s a high chance that you get killed. The most common of this is going inside buildings and getting loot. Another is storming fights, which, seriously, you shouldn’t even be engaging in because they’re fruitless.

We’re not saying that you should no longer take risks. We’re just saying that those risks you’re taking should have better chances of you escaping alive, or better yet, taking out your enemy. Or better yet once again, enemies!

Next, when you need to do something that will require you to stop moving for a moment, you should make sure that you have some cover. Not looking around before healing yourself is perhaps the most common of these things that leave you a sitting duck.

While you definitely have to heal and survey your surroundings to make sure you don’t get killed, you’re dead either way if you don’t have protection while you do these things.

Have a Different Kind of Focus

Another way to make sure that nobody thinks you’re a bot and have good Fortnite Tracker stats is to not have a one-track mind. When you’re about to do something, always keep in mind that there could be other things you’re doing while you’re on your way to achieving an objective you came up with.

For example, you’ve set out to check for items in a particular building. While you’re there, why not gather materials as well? The same goes after you’ve already taken your target out.

By doing so, you get to save much time, as you’ll no longer have to set out to do as a primary objective whatever secondary objective you just achieved.

Another thing you should take to heart is that you shouldn’t be too focused on fighting. Yes, Fortnite is all about thinning out the competition until you get that chicken dinner.

However, when you’re too hinged on clearing out your enemies, it’s not unlikely for you to be the one that gets cleared out in the process because you’ve already set and narrowed your sights on your target. Instead, you should be looking at the bigger picture, and in it are your other enemies that will get you while you’re out pursuing another player.

Last but definitely not least, it’s important to know when to strike. It’s definitely true that getting ahead of your enemy gives you an advantage. But what if you fail to kill him, you give away your location, and be the one that gets killed instead? Therefore, it’s vital that you get your timing right. Think first before you make a move. If you feel like what you’re going to do won’t be a clean kill and will only compromise you, don’t do it.

Hopefully, with these Fortnite tips, your fellow Fortnite players won’t think that you’re AI. Or maybe they’ll still think you’re a bot: the overpowered one. Keep them in mind so you won’t get mistaken for a lowly bot while keeping up your Fortnite tracker stats!