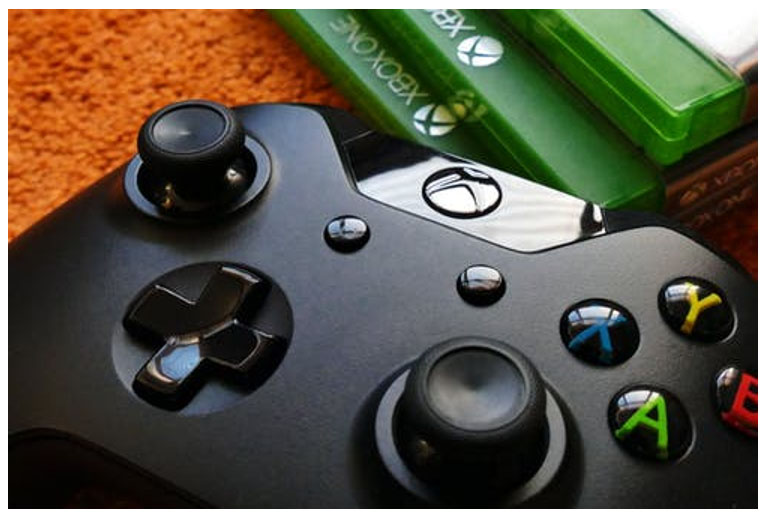 Video games have grown more rapidly than almost all industries.

A significant reason for this immense growth is the focus of developers in the gaming world.

Many gamers are professional developers, and the changes they brought to the world of gaming was not because of advancement but due to ease of use. That’s what brought virtual reality, gesture control, and similar other tech advancements to the limelight.

Let’s learn what new advancements have been made in the gaming industry in the last few years.

But before we dive into the tech advancements, let’s learn a little about how much revenue the gaming industry generates. 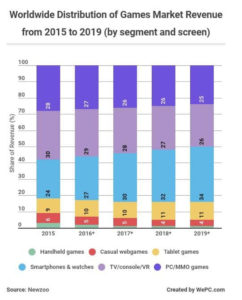 Statistics of the Gaming Industry You Can’t Ignore:

With that said, here is the list of gaming technologies that have made waves in 2019.

Thanks to 3D scanning and facial recognition technology, you can now create a character just like you in your games.

There are even games available that accept real-world avatars such as Honor of King. Even Tencent employs facial tech to check your age before you can play MMORPGs.

One such technology that you can use for face recognition is the Intel® RealSense™ 3D camera. It allows developers to create games that can sense emotions and mimic those in the gaming world. This opens many new areas of possibility, including increasing or decreasing the intensity of the game that you play.

No more commanding your character through the gaming controller when you can command it through voice.

The voice recognition tech is now available in most games. Although it hasn’t gone mainstream, yet there is a possibility that voice recognition gaming will touch the market by the end of 2020. So, you can expect it anytime next year.

What will it do for you? Are you too lazy to pick up that controller? Well, that’s where voice recognition will come to your aid.

Moreover, it also means that you won’t need the Team Viewer or other social apps to interact, all that will come built-in in the game.

We all know of the Wii controller; however, gesture control is something completely different.

One machine that prominently markets itself as a gesture controller is the Leap motion controller. It isn’t just built for games but it can be easily used to play your regular games by using gestures instead of the game controller. Alas, some mercy for the poor controller!

The second technology worth mentioning here is the Intel RealSense technology that allows you to play first-person shooter games with the motions of your hands. You can even interact with other players using your gestures, no more touching the controller or the keyboard.

Think about all the possibilities and the combos you can generate. Playing PUBG with the motion controller will be a next-level thing.

The next BIG thing in gaming is the virtual reality itself. Although it has been in the market for the last few years, virtual reality games have changed for the better.

At the start, we just had basic games but now these have become immersive. In some games, you won’t be able to tell real from virtual.

Some of the best virtual reality games are Tetris, Beat Saber, and Arizona Sunshine (horror adventure game). And, how can we forget the VR edition of the Resident Evil series? The company has released a special edition for VR lovers. And, I caution you, this game is in no way for the faint of heart.

But to play these games, you will need a decent quality headset; otherwise, you won’t enjoy the game. Remember, in gaming, it is always about the tech you use to play the game.

While we have discussed VR games, AR is also evolving. While developers rarely focus on AR games, there are many available in the market that can be used for both learning and fun.

Let’s start with Pokemon Go. The game was a killer hit of its time. However, it is still going BIG, and the company adds new features and new pokemon every once or twice to keep the game spirit alive.

Then we have Ingress, another great game that you can play from anywhere. But since AR games are a mix of reality and virtual reality, it is always recommended to play them from the comfort of your home.

Don’t go out unnecessarily and when playing these games, make sure you are in a safe environment.

AR uses the same things that VR requires. You will need a better headset and, most probably a Wii game controller.

After smartphones, we are entering the wearable gaming industry. The wearable games are not yet mature, but the market is slowly and gradually growing.

There are Fitbit games that you can use to workout faster and to stay on a routine.

Also, all these games are not supposed to please you; some wearable games are built to help you do work just like the example we mentioned above. Then, there are wearable games for concentration, homework, and many other activities.

But mostly wearables, for now, are limited to the physical training of the body. Most of these games are available for download on Airg. Go check out Airg app reviews.

Although there are many interactive wearable games available, we will still have to wait and see what new advancements, wearable industry brings to us in the near future.

Now, instead of gaming systems that you play through your servers, soon, you will be able to play games that you never installed. Thanks to cloud gaming.

Google has launched Google Stadia, a cloud gaming platform that lets you play all of the top games right in your browser – without installing the game on your PC. These games will run on Remote Desktop PCs (RDPs) in Google’s data centers. You have to subscribe to them and pay for the gaming time you use – a subscription-based model.

This would mean you can play these games even if your computational power doesn’t support them.

We once only had Steam. Now we have Steam, Gog, Humble Bundle, Uplay, Playnite, and many other game server websites where you can play on-demand games just like on-demand movies.

The gaming server sites are just like Netflix but for gaming. And, the good thing is that all of them are doing a thriving business which only indicates one thing i.e., the gaming industry is BOOMING!

What if Twitch adds gaming servers as a Pay As You Go (PAYG) model? It will take the game streaming site to the next level – just a thought!

The gaming industry is booming, and that’s because of the advancement in technology that games use. Almost everyone loves games and they are an essential part of our gratification process. In short, they keep us sane!

With that said, let’s wait for even better advancements in gaming tech next year. 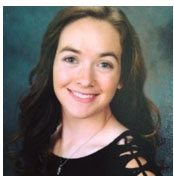 Evie harrison is a blogger by choice.  She loves to discover the world around her. She likes to share her discoveries, experiences and express herself through her blogs. Find her on Twitter:@iamevieharrison

Why Invest in Field Service Management Software as a Commercial Contractor