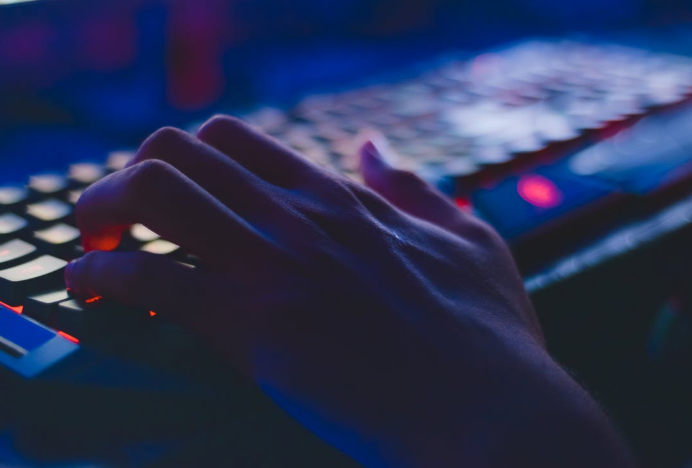 Most of the games we play regularly have some tendency for violence. Take PUBG, Fortnite, GTA, The Witcher, or any other game title of your choice; these games have earned a reputation for promoting violent tendencies among players.

Even experts believe that playing violent video games for a long time can make children immune to violent behavior.

However, some games can offer a multitude of benefits to the users, including de-stressing their lives. In this blog, we will discuss these games that also act as a relief mechanism for gamers.

How Can Games Help You Cope with Stress?

Games are a medium of learning, interaction, and communication. They offer catharsis to the users who can relate to what is happening in the game.

The games we have listed below are in no particular order. You can play any game of your choice to see how they help you alleviate your stress levels.

Bubble Wrap was initially developed as an offline game. However, today it has many online versions available.

The game has one simple objective: pop bubbles that develop on the wrap. However, you have limited time to do this activity and pop all the bubbles.

Both games are available online and are played by many people on a regular basis.

Color Breaker is another great game to de-stress. You can download it on your smartphone and play when you are bored or need a fun activity to kill some time.

The motive of the game is simple. You get multiple color bricks at once. With your mouse, or by hovering over, you match the colors, and the bricks break, and new bricks now take their place.

It goes on until you have broken a significant number of bricks to pass the level. The next level has the same layout but with an increased level of difficulty.

Some variants of the game also include bombs, color paints, and other boosters that can help you pass the level.

Who doesn’t want to toss the paper in the basket? We all have tried to nail it during our school days. But now that we mostly use the online medium to create presentations and files, papers are rarely available.

However, Paper Flick allows you to toss the paper in the basket. It is an online game developed by Unlimited Gamez Mo, and you can play it online on your mobile phone or tablet after paying a small subscription fee.

The game has one simple objective: toss the paper in the basket with as much precision as you can. You can adjust the speed of the paper and the distance from the basket as per your liking. These customizations improve the accuracy of the toss.

Tetris is one of the oldest online game. Although the graphics of the game have changed over time, the physics remained the same.

In Tetris, bricks of various shapes are falling from the sky, and you have limited time to change their orientation to make them adjust properly on the other bricks.

When a bricklayer is filled, it is removed. The game goes on until your screen is filled, and there is no space for falling blocks.

It also offers competition mode in which both players play at the same time, and they have to collect more points to win the game.

Just a few years ago, people of all age groups were addicted to Candy Crush. In this sweet, colorful game, you have to match the candies to win.

The game is made on a similar layout as that of Color Breaker, but there are bonus candies and booby-trapped candies. All this makes the game even more interesting for the users.

Candy Crush has broken many records, and still remains one of the most downloaded games of all time.

Ever wanted to grow a Bonsai tree in the shape you desire? If you are unsure whether it is possible in real life or not, don’t worry. The Prune game lets you nurture your virtual bonsai tree.

The game starts with basic instructions about how to prune the bonsai tree. But when you complete the basic level, the game becomes interesting.

You have to prune it in a certain way so that it can touch the red dot. It takes time, strategy, and effort.

The game is all about de-stressing you and diverting your mind from the constant problems that increase your stress levels.

We all love kittens, don’t we? And we want to buy one for our house and play with it all day; only if that was so easy…

Pampering kittens is hard, especially when their mother is not around. However, you can do that in the Neko Atsume game. The Japanese developed the game as a virtual version of the old practice of Atsume.

In this practice, people put things that kittens love in their backyard to lure them in. These kittens then start coming every day to the houses where Atsume is practiced.

The practice is gamified through this game. You get more points when kittens come to your backyard. Now your next step is to get them in your house and make them your pet. It takes a certain level of strategy to achieve that feat.

Nothing beats Food Ninja when it comes to relaxing your nerves. In this game, you cut the food that is tossed up using your sword.

It was initially developed as a smartphone game. However, due to the increase in demand, the desktop version was released too.

You get points for how neatly you cut the food with your sword. The more slices you make, the more points you get.

Sometimes bricks are also tossed up to test your awareness levels. Cutting bricks decreases the points you have gained.

That’s the complete list of online games that can de-stress your life. All these games have simple gameplay, making it fun for all types of users.