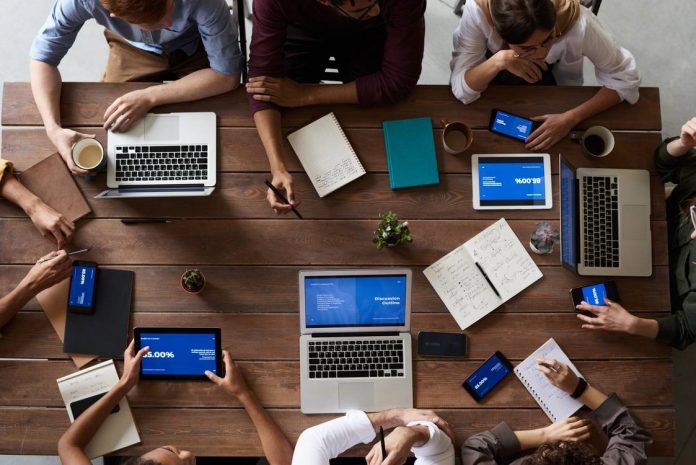 Succeeding in the corporate world is not easy, and merely having expertise in your field is not enough. In fact, many soft skills are required to run an organization effectively.

One such skill is conflict management. Conflicts in a work environment are commonplace, and they arise regularly.

A report called “Workplace Conflict and How Businesses Can Harness it to Survive” illustrates some startling statistics:

Conflicts can affect the growth of an organization if they are not managed well. Numerous conflict management styles are helpful in amicably resolving workplace conflicts. Here are five styles that will best help you in mitigating conflict in the workplace.

One of the commonly used conflict management styles is to be accommodating. Here, the idea is to put the needs of the other parties over your own. Regardless of what your opinion or stance is, you listen and agree to their point of view.

Accommodation is a conflict management style that is best suited for situations where the outcome of the discussion is not important enough to fight over. You can also adopt this method when you don’t feel confident about your stance.

Let’s say you are dealing with an angry customer who is dissatisfied with your product. Now, you wouldn’t want your unhappy customer to talk about your brand negatively. Here, to diffuse the situation, adopting accommodation as a conflict management style is a way to go.

The main idea behind using accommodation is knowing which battles are worth fighting and which are better to lose.

A lot of people often complain that this style makes a person appear weak. However, when used in the right types of situations, the style can help you look cooperative.

As the name suggests, among all the conflict management styles, this style is the most hostile. It revolves around making sure that your point of view gets accepted while refusing to compromise and pay heed to the opinions of others.

At a glance, this style might seem insolent. However, at times, it is the need of the hour. One should use it when they are confident that they are handling the situation appropriately.

At times, decisions need to be made quickly, and there is no time to argue or consider other ways. In such situations, this style is the most suited.

Competing conflict management styles should be used when you are standing up for your rights in the workplace. In a world where exploitation of employees is common, holding your ground with the upper management on a justified position is better than caving to pressure.

It is imperative to be careful when selecting this conflict management style. Do so when you are sure of your action.

Sometimes merely ignoring the conflict or removing yourself and the other party from the problematic situation can help resolve disputes.

Among other conflict management styles, this one is often used by team leads who have team members that don’t get along. They respond by reassigning tasks to another member.

This style should only be adopted when you are sure that a “time-off” from one another can reduce conflict. Here, the conflict might be a result of personality clashes rather than a difference of opinions.

Let’s say two team members are told to work on a project together. However, due to their strong personalities, they are unable to understand each other’s perspectives. After several disagreements, the two decide to take some time off and focus on other projects.

The next time they meet, with fresh minds, they may find it easier to accommodate each other’s ideas.

Make sure to implement this style only as a short-term solution. You cannot push back the conflict indefinitely. It will lead to pent-up aggression. So, adopt any of the other conflict management styles after using avoidance once.

Compromising is a positive conflict management style where both parties let go of their stubbornness and agree to a solution where both compromise on certain positions.

This style is often called “Lose-Lose” since both parties agree to give up certain things to reach the goal.

Two people disagree about whether to use the marketing budget to hire a social media expert or to place more ads for an effective campaign. They compromise by dividing the budget for both the tasks and hire a part-time social media expert and using the remaining money on digital campaigns.

Try to use this style as groundwork towards collaboration.

Out of all the other styles, collaboration is the most ideal one and often leads to the best results. However, it is also the hardest to achieve and the most time-consuming out of them all.

Here, the needs and opinions of each party are heard and considered, and a solution that best satisfies them all is drafted. To do so, all parties brainstorm together to talk it out and negotiate a middle ground.

Your team is given the task of coming up with new features for the launch of a product. Each member has a different set of features in mind. A team meeting is called to brainstorm ideas and implement each feature to ensure the creation of the best product.

Make sure that your collaborative conflict management style doesn’t end up being the reason for your team to miss deadlines. Other than this pitfall, this style is truly the best out of the lot.

Each conflict management style has merits and demerits. You must gauge the situation and select the style that is best suited for it. Learn each of these styles as you never know what curveball the corporate world will throw at you.

How to Manage the Risks to Your Business

5 Things You Should Consider When Choosing a Tradeline Company