12 Things You Should See During A Trip to Germany 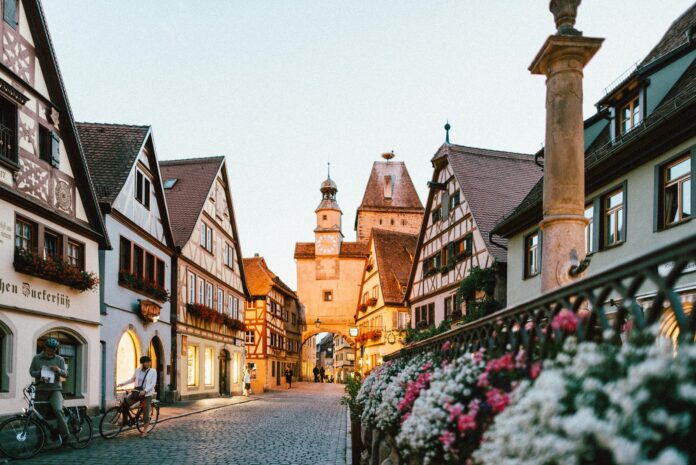 Germany is among the most beautiful countries to visit in Europe. The rich heritage, history, architecture, and small historic towns add to the essence of German culture. Cities like Frankfurt, Berlin, and Munich are some of the most crowded places, with numerous tourists and visitors. Besides the main cities, the Bavarian Alps are the most famous mountain range, where one can indulge in various recreational activities.

With so many options, ranging from old signature towns to large metro cities, one may quickly get confused on their trip to Germany. Thus, before planning the trip, it is a good idea to learn about the things to do in Germany.

To find out about the best places for tourists while on a trip to Germany, make sure to read until the end.

Top 12 Things To See In Germany

Berlin is the capital of Germany. The Brandenburg gate was built for King Frederick William II in 1791, and it is the city’s first structure that displays Neoclassical architecture. The gate is based on the Acropolis, Athens, and the structure measures 26 meters in height.

A structure named Quadriga is situated at the top of the gate. It includes a magnificent chariot carried by four horses, in which the goddess of victory sits.

Though this iconic structure looks magnificent now, it wasn’t how it looked back in the time. The gate was severely damaged during World War II and was a part of the Berlin Wall back then, which acted as a symbol of the division of Berlin city. It is one of the must-visit places while on a trip to Germany.

The Black Forest is a highly visited place, especially for hikers who are on a trip to Germany. It is situated 160 kilometers from Pforzheim on the northern side. The Black Forest descends steeply across lush valleys to the Rhine on the west and slopes gently towards the Neckar and Danube valleys on the east. The most famous spots include:

Munich is the third largest city in Germany. Marienplatz is known to be a commercial hub with all kinds of restaurants, shops, and boutiques. The place also holds a vital historical significance in trade and commerce. A monastery was established in the region during the 12th century, which resulted in the city’s growth of trade and commerce. It is among the best places to visit while on a trip to  Germany with family.

In the Marienplatz, one will find the “Neues and Altes Rathaus” (new and old townhouses). Christmas is the best time to witness the beauty of Marienplatz, when the seasonal Christman markets are put up, along with the holiday crowd visiting the square.

The Cologne Cathedral, also known as the Kölner Dom, is located at the banks of the Rhine. It is one among the biggest cathedrals in Europe, and it ultimately took around 600 years to construct the cathedral. You cannot miss visiting this place while on a trip to Germany.

The cathedral’s magnificent interior covers an area of ​​6,166 square meters and features 56 colossal columns. Above the main altar is the Relic of the Magi, a 12th-century work of art in gold which is designed by Nicholas of Verdun; it was brought from Milan to house the relics of the Magi.

Located on the famous Romantic Road in Germany, the Old Franconian city is one of the most beautiful cities to see while on a trip to Germany. It is situated on the banks of River Tauber. There are countless opportunities to tour, like notable individual buildings, including the impressive 13th-century Town Hall and the stunning Ratstrinkstube (Ratsschenke), built in 1466 and featuring an exciting clock. His 1608 St. George Fountain at the end of Herngasse is worth a visit. James’s Church, with its beautiful altar, was built in 1466. and the Imperial City Museum. The city is known to be among the best places to visit while on a  trip to Germany.

Located in Potsdam, Rococo, Sanssouci Park is one of the best places to visit while on a trip to Germany with family. Reflecting Frederick the Great’s influence, the park features beautiful Baroque flower gardens, more than 3,000 fruit trees, and numerous greenhouses. It’s a pleasure to stroll through this sprawling park, especially on the straight 1.2-mile boulevard.

A single-story building known as the Sanssouci Palace is best known for its breathtaking architecture, and the interior decor is the signature feature.

Built in 1894, Reichstag is one of the most popular sites to visit in Germany while on a trip to Germany. It displays the Neo-Renaissance style of architecture. One of the changes involving the building’s giant central dome was that glass was chosen instead of traditional wooden or metal domes, turning the space into a major tourist attraction. Visitors can enjoy stunning views of the city from here, which becomes even more dramatic at night. If you want to enjoy the view at night, try to experience the fantastic sunset from the hotel’s rooftop restaurant. The Houses of Parliament also make an excellent backdrop for summer concerts and light shows.

The city of Dresden is another notable historical home, rebuilt after the devastation of World War II. At the heart of this old town is the elegant Frauenkirche, a magnificent church built in 1743 and considered one of the finest examples of Baroque architecture in all of Europe.

From today’s point of view, it is difficult to believe that the Church was destroyed during the war. However, thanks to the townspeople’s diligence, what was left was carefully cataloged and preserved until the beginning of the post-German reunification reconstruction.

The fully restored interior is also impressive, with a particular highlight being the rebuilt main altar, which looks exactly as it did when the Church was built. Also, take the opportunity to visit the dome of the Church for spectacular views of the city. It is a must to visit this place while on a trip to Germany.

Former Berlin Palace, Humboldt Forum was built in 1443. Once it was a residence of the Brandenburgers, it was later converted into a Baroque palace, and it attracted visitors with its five distinctive gates and three courtyards.

Some of the notable artifacts on display in the museum include Cuaucoatl, Mayan chocolate vases, Barigon sculptures, and statues of Hindu deities such as Vishnu and Nandi. It is now considered the equivalent of a world-class museum that millions of visitors visit every year to explore the most extensive collection of treasures while taking a trip to Germany.

Once the residence of the Dukes, Kings, and Electors of Bavaria, this popular tourist attraction is now a huge and magnificent palace. The ruler redesigned what was once a castle and further decorated it with gardens and buildings.

Much of its parts were destroyed in World War II, but it is still recognized for its importance and prioritized for administrative and cultural purposes.

Situated between the Amagau and the Allgäu Alps, the scenic old town of Füssen and its popular alpine resort and winter sports center makes a good base from which to explore nearby Neuschwanstein Castle. This magnificent ancient fortress is considered one of Europe’s most famous and picturesque royal palaces. You must visit this place while on a trip to Germany to see its beauty.

From 1869 to 1886, King Ludwig II of Bavaria built a fantasy fortress with multiple towers and crenellations. It became famous as the inspiration for Walt’s iconic Disney theme park castle. Various tour options are available, including the Throne Room, Song Hall, and guided tours of the magnificent interior, including some of the country’s most spectacular views.

Traveling in Europe is more straightforward than on other continents. Germany has many more destinations and unique places to visit, including various small towns, cathedrals, lakes with picturesque views, mountain ranges, and more. Traveling around foreign countries can get complicated at times. The best way to plan a smooth trip is to have abundant knowledge about the places one can visit. This way, you can prepare an itinerary and can avoid last-minute hassles. With the help of this guide, one can have a memorable trip to Germany!

Dream Vacation in Miami: Try Not to Miss Guide