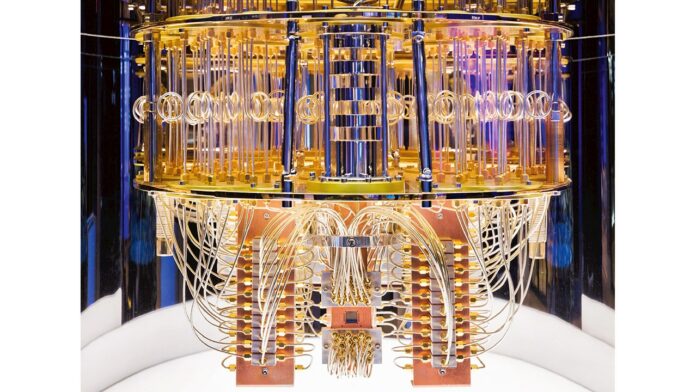 Quantum computing is a complex approach to parallel computation that uses the physics that drives subatomic particles to replace today’s computers’ simpler transistors. Instead of regular computers’ bits, which are either on or off, one or zero, quantum computers use qubits, computing units that can be on, off, or any value in between. The capacity of the qubit to exist in an in-between state, known as superposition, adds a powerful feature to the computing equation, making quantum computers superior for certain types of math.

What Is the Purpose of a Quantum Computer?

Quantum computers, using qubits, might whiz through computations that would take classical computers a long time – assuming they could even finish them.

Today’s computers, for example, employ eight bits to represent any integer between 0 and 255. A quantum computer can use eight qubits to represent every integer between 0 and 255 at the same time, thanks to features like superposition. It’s similar to parallelism in computing in that all possibilities are processed at once rather than sequentially, resulting in huge speedups.

It, whereas a classical computer must perform long division calculations one at a time to factor a large number, a quantum computer may do so in a single step. Boom! That means quantum computers could change entire fields based on factoring what are currently impossibly big numbers, such as encryption.

In this article u can findout the best 10 Quantum Computing Companies.

Microsoft Quantum Computing employs academics, theorists, and experimentalists from mathematics, physics, and computer science in collaboration with academic and research organizations throughout the world. The goal is to improve our understanding of quantum computing, as well as its applications and implementation one of the best quantum computing companies.

The Quantum Artificial Intelligence Lab is a NASA, Universities Space Research Association, and Google (particularly, Google Research) collaboration whose purpose is to pioneer research on how quantum computing might aid in machine learning and other tough computer science problems. NASA’s Ames Research Center hosts the lab.

D-Wave Systems is the first quantum computing company in the world. Our objective is to incorporate new findings in physics, engineering, manufacturing, and computer science into ground-breaking computational methodologies that aid in the resolution of some of the world’s most complex problems.

Intel has a 10-year partnership with QuTech, a Netherlands-based institute founded in 2013 by Delft University of Technology and the Dutch Organization for Applied Research in Quantum Computers.

The Quantum Information Processing (QIP) Group is part of the Information and Quantum Systems Laboratory at HP Laboratories in Bristol, UK. Quantum computation, quantum cryptography, quantum teleportation, and quantum communication are all areas of interest.

CRL presently has three research groups: quantum information, speech technology, and computer vision. The Cavendish Laboratory and Engineering Department of the University of Cambridge, as well as other Toshiba R&D units, work closely together.

The Alibaba Quantum Computing Laboratory is a research institution that intends to further the study and applications of quantum theory, ushering in new technologies and platforms for information security, connectivity, and computing.

1QBit develops software for quantum computers and specializes in designing applications for the financial industry; in collaboration with industry partners, we produce tailored solutions to solve real-world challenges with high computational complexity.

Rigetti Computing is a full-stack quantum computing firm that designs and manufactures superconducting quantum integrated circuits, packages and deploys those chips in a low-temperature environment, and builds control systems to perform quantum logic operations on them.

Top 8 Qualities To Look for in an IT Service Provider